Californians in New York City (or, Our Trip Home From North Carolina)

I'd been planning to write something for the last week and a half about the trip to the smokeout and John, Rayna, Buttcrack's visit to NYC. Magnum opus syndrome got the best of me. Mental verbal diarhhea seemed the cure rather than painstaking labor over trying to address all the details and themes. Only made it to day one. Part two to come. Pics follow. Float the mouse over the pics to see captions. Enjoy:

vietnam wall for a long lost homecoming king of our country

parked them by the lathe and by the mill and by the bench with gear strapped up almost to the ceiling which almost didn't let one skyscraping shovel through into the mad metal scientists lair in the back their skin sagging and butts sore and eyes weary and bikes tired taking in this new world that is so familiar to me no time to rest, no, for this is how it goes in new york on to the next thing we can still squeeze a few more minutes out of this day before we call it time to rest fitfully listening to third shift mechanico commercial distributory buzzing about our post modern pre hip smelly shitty industrial park heaven haven

the stuff of movies one miniscule facet

true, yes we do, like both kinds of music here

ever fall in love three times in one five-minute subway ride or five times on the way to the bodega or twenty times while eating breakfast in the neighborhood?

mama tried to raise me better

john and i head over to meet olga and sun and jorge and jimmy in the korean dominican mexican brooklyn breakfast counter that keeps us in coffee throughout our days. . . hellos and genuine welcomes to the foreigners who have joined our little segment of culture of color of banter of workers of life as the industrial machine refuses to lose it's human element . . . coarse as it may sound to the untrained the connection is genuine the engagement is real and it gives hope

you didn't think that we'd lost our way did you?

of course we are back in the swing and on to the firebrand test foreshadowed as we mount our muddy smokeout survivor road gritty butt sweaty bikes and steer towards the heart, across the williamsburg bridge into lower east side shopping zone for a million imported prospectives, customers and their quarry as i watch like mother hen even though they think i've forgotten them as they discover that the lane markings are not absent from wear but never were as it all flows in one harmonius to my mayhem defying zen view as one stream appearing at first to be careless and dangerous but actually quite gracefully and skilled

are they seeing this as i do, getting a sense, distilling the chaos to see how this also fits into their journey?

make our way to to the ferry where we forget that carrying pocket knives is called dangerous, if they only knew we faced the only danger that day as naked citizens . . . stuck them in the weeds between the daffodils and the queen anns lace . . . i'll remember where they are when we get off 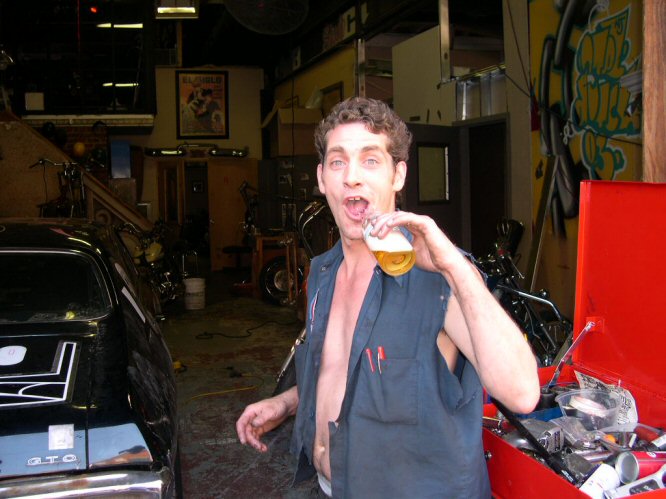 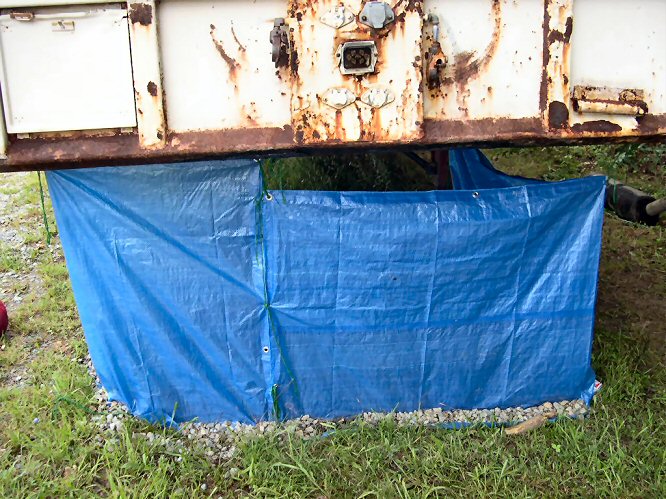 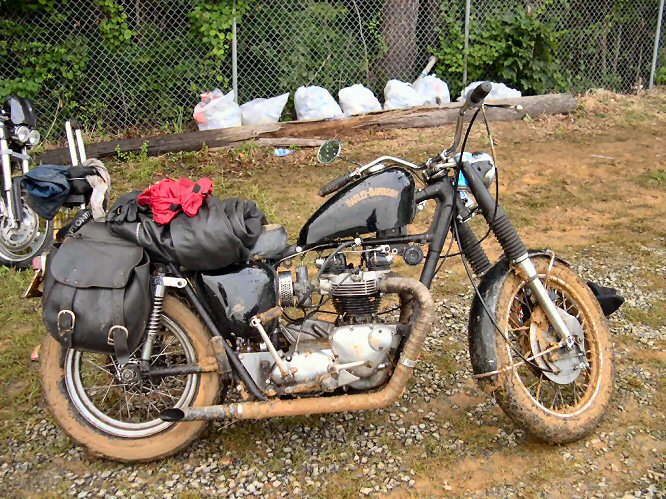 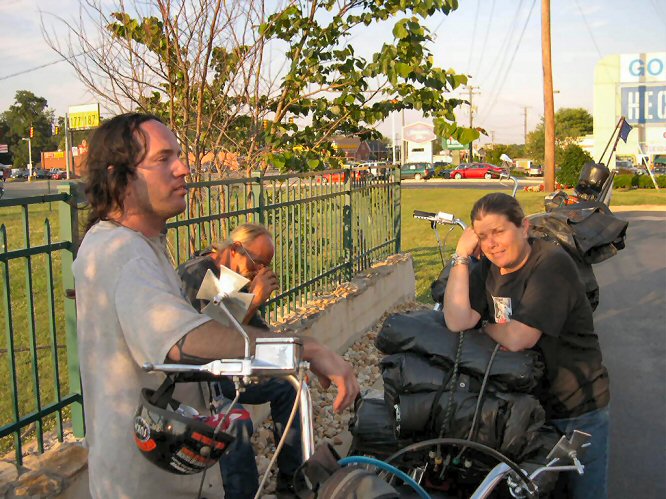 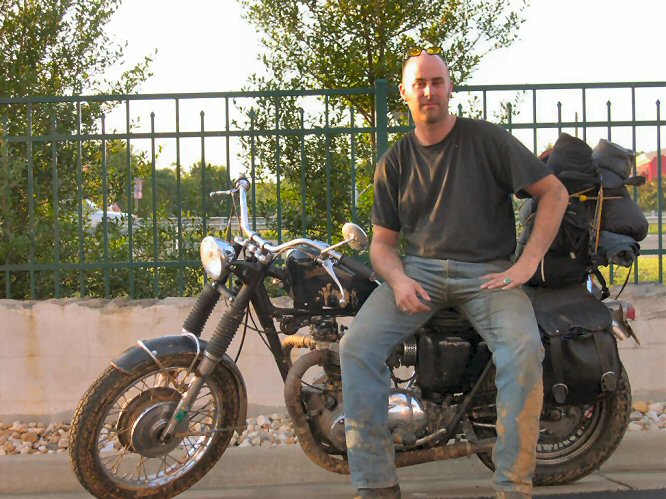 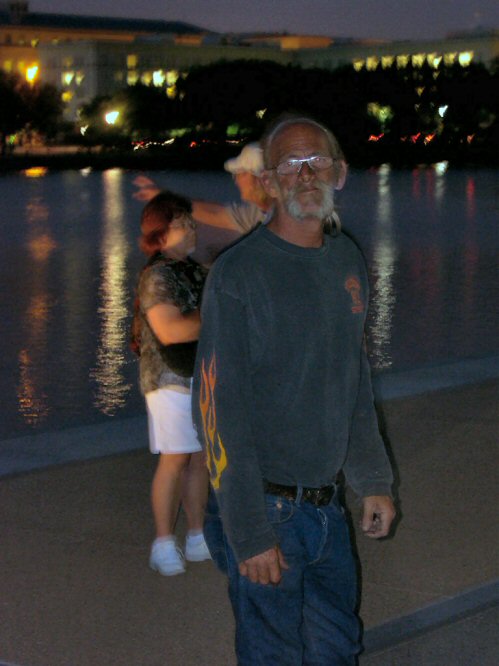 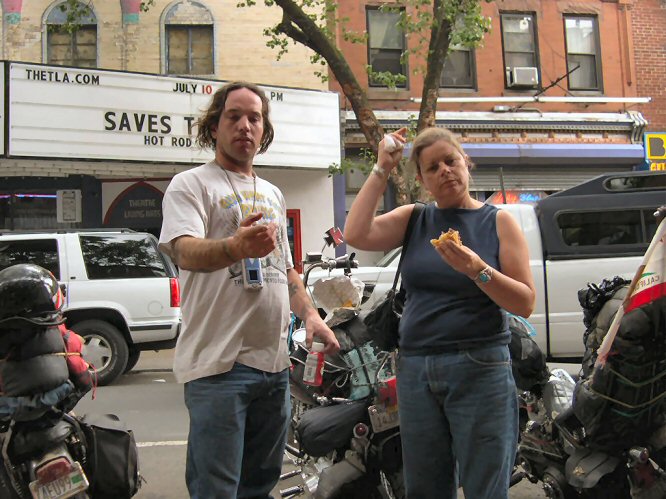 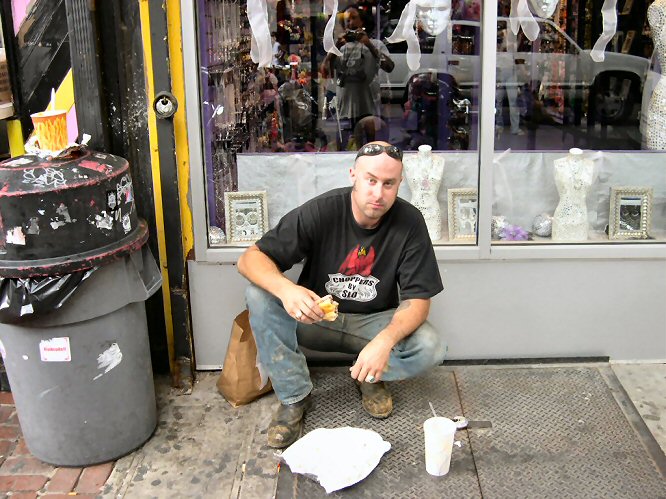 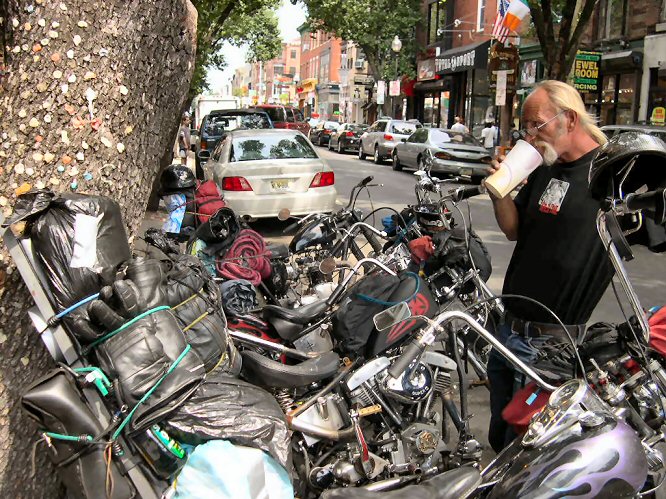 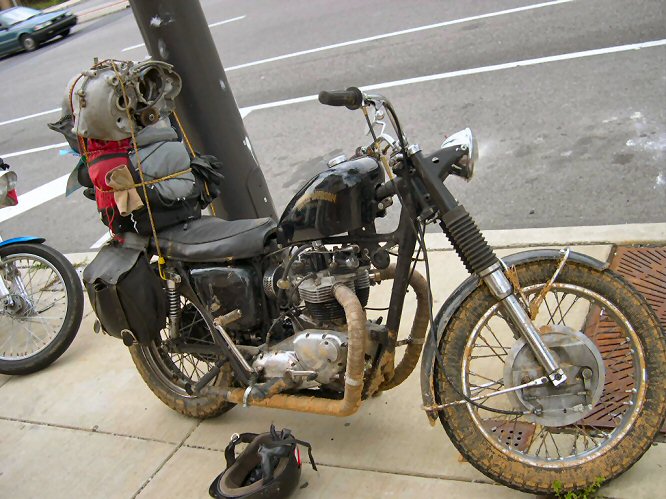 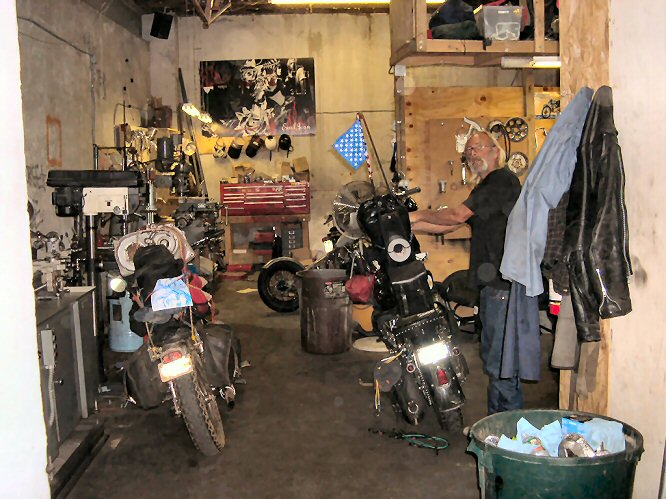 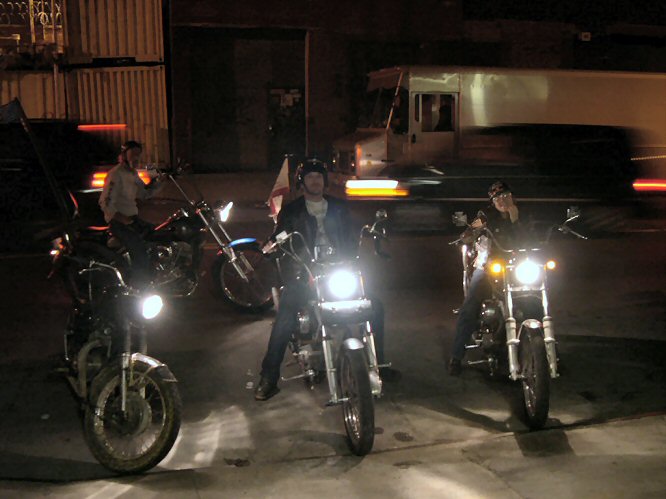 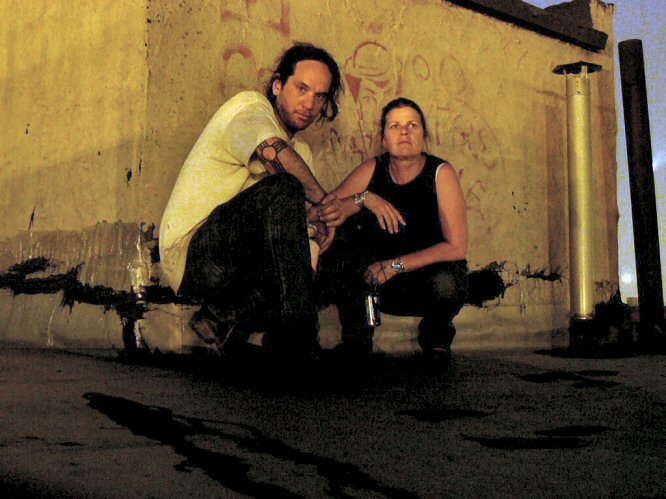 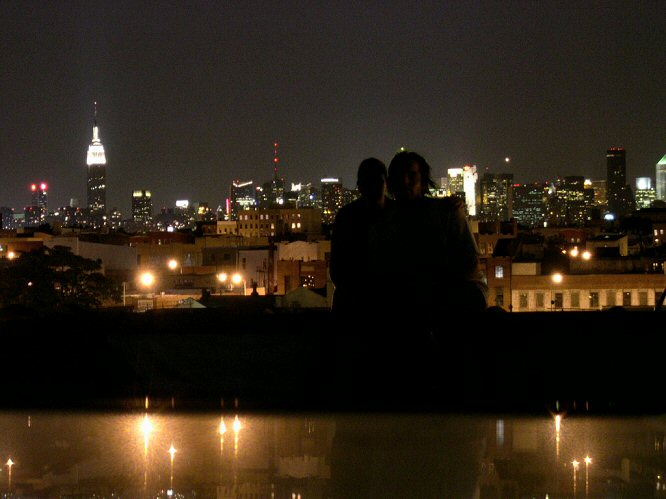 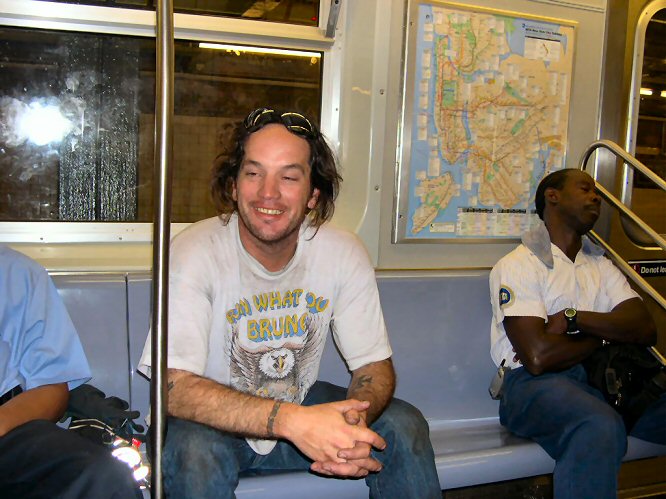 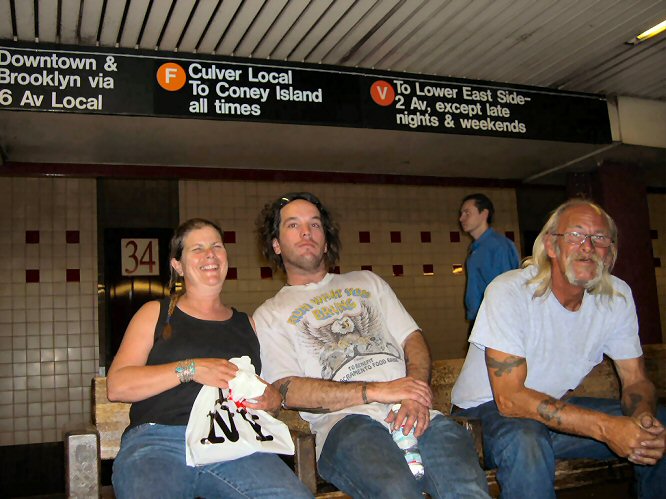 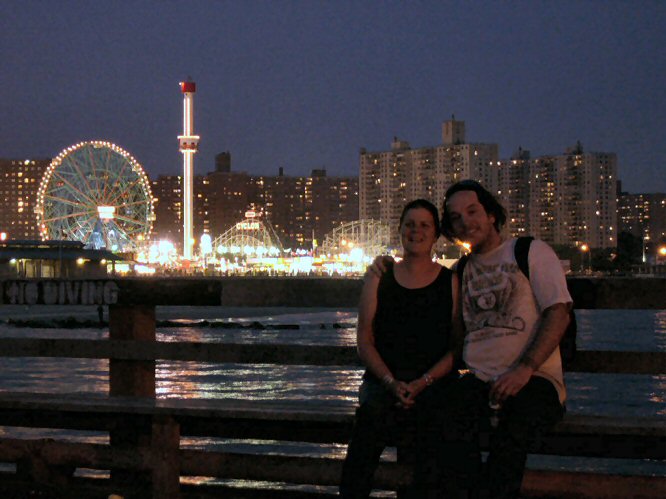 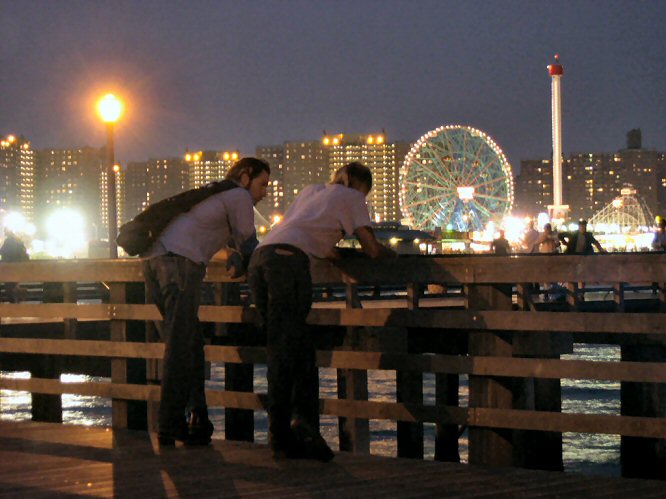 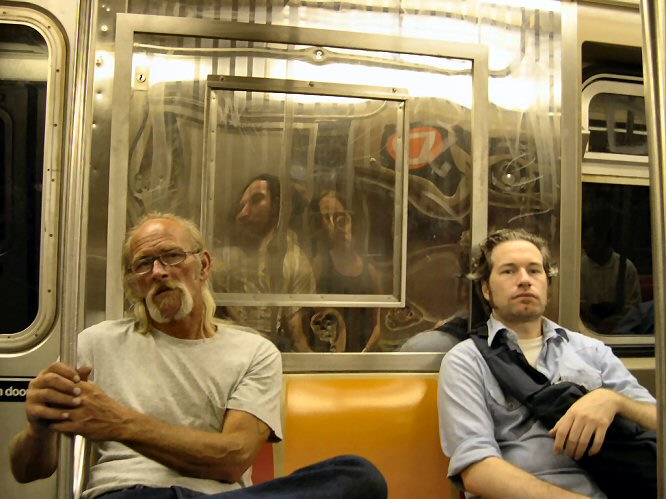 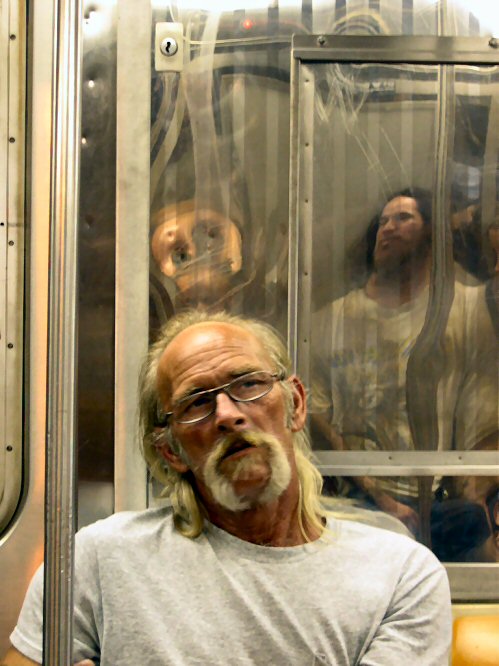 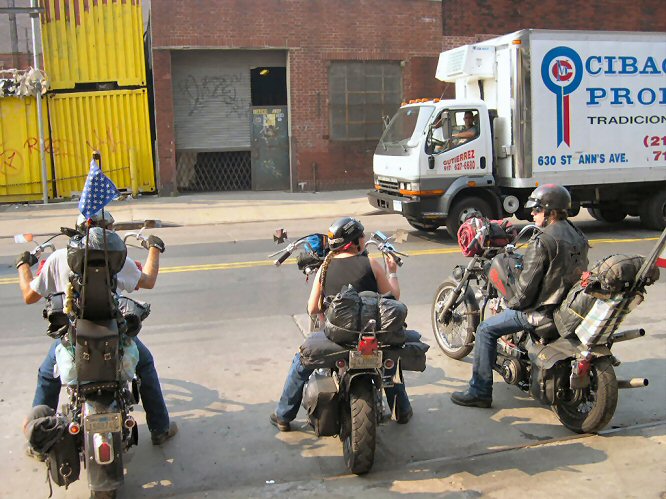 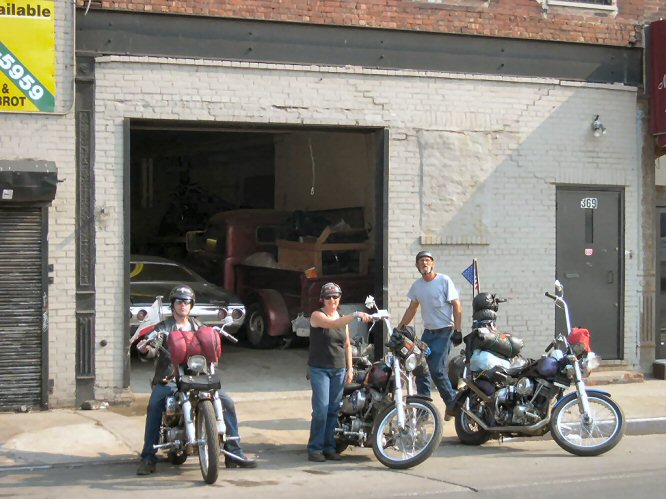 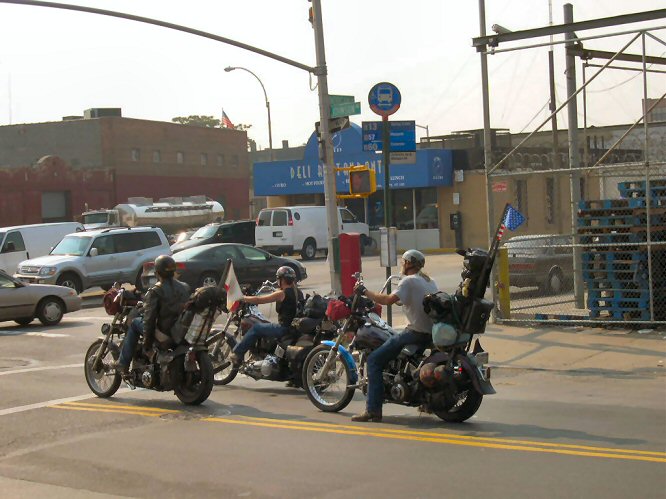