I found out Friday night that I finally got a job. About four minutes later, my shop buddies broke out the whiskey in celebration. An hour or two later, four people from Pittsburgh show up in a thirsty mood. Earlyt the next morning, NC royalty (well, Kentucky to be particular) arrives after having driven all night on autopilot. We run around NYC and Brooklyn all day and night and day and the next night and . . . 104dB Elmore James, smoky Triumph burnouts, launched the Triumph through the standing crowd in the shop and left it in a pile on the floor still running, tacos, beer, beer, went to Coney Island yesterday, hit all the spots for good drinks and meals. Everyone just left this minute. 12 empty cases of beer bottles now reside on the curb in front of the shop. I'm trying to clean up the apartment and get on the road. I haven't even called the new job yet to tell them that I accept. I didn't really take but a few pics. JW has tons of them. Here are a couple: 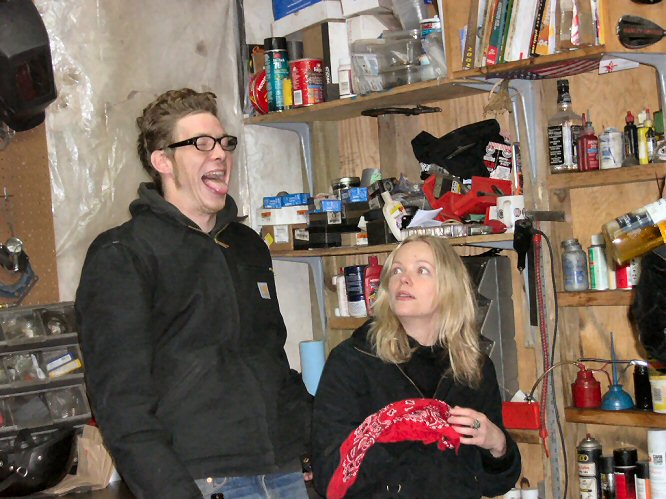 Jeffro a few minutes later catching up on his strength for our next ride. It was only Sunday night at 8pm. 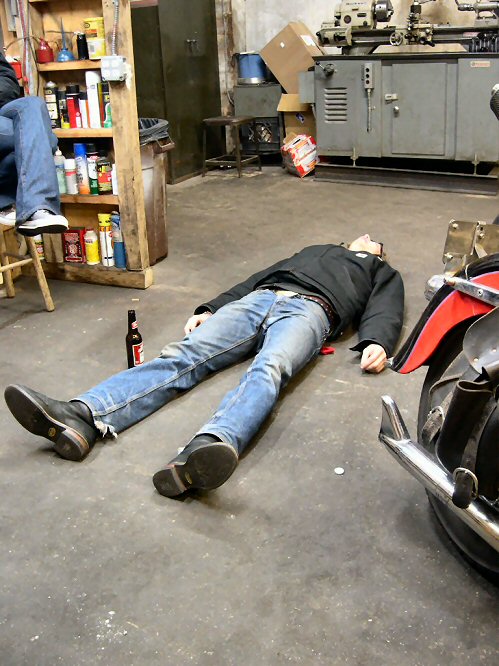 Vinny from Philly getting a beer 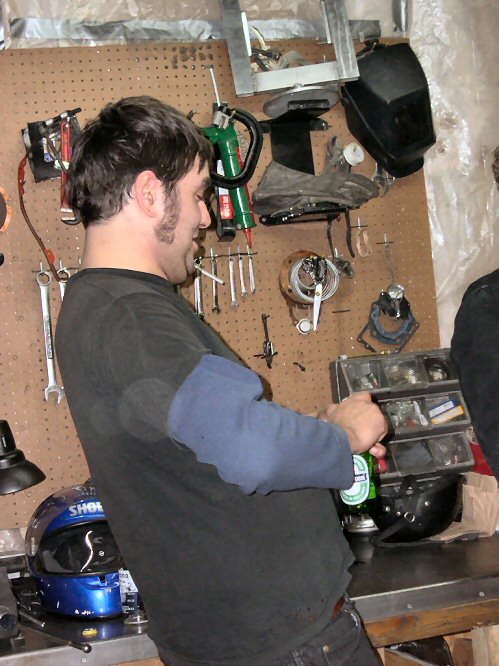 Vinny from Philly tasting a little whiskey with his beer 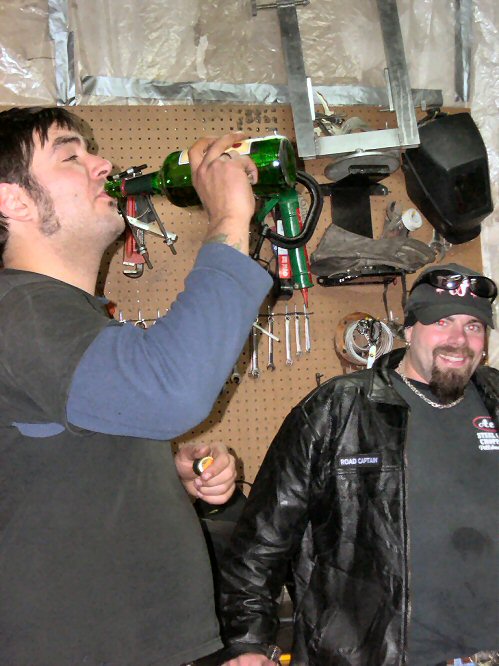 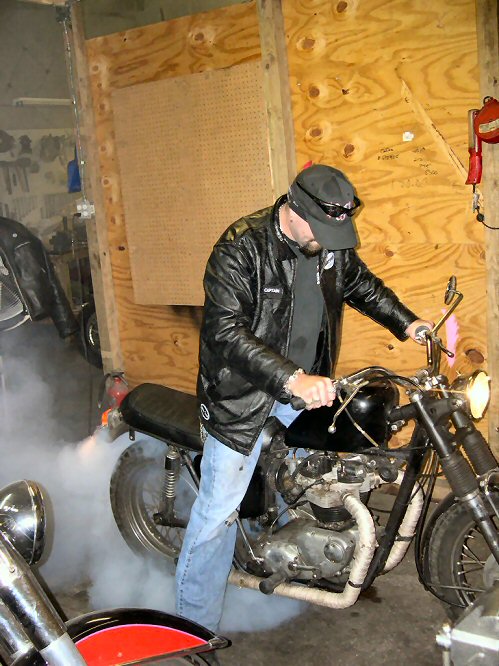 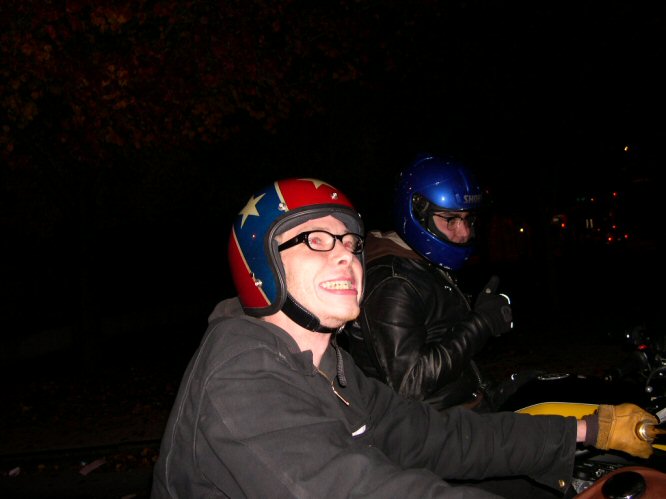 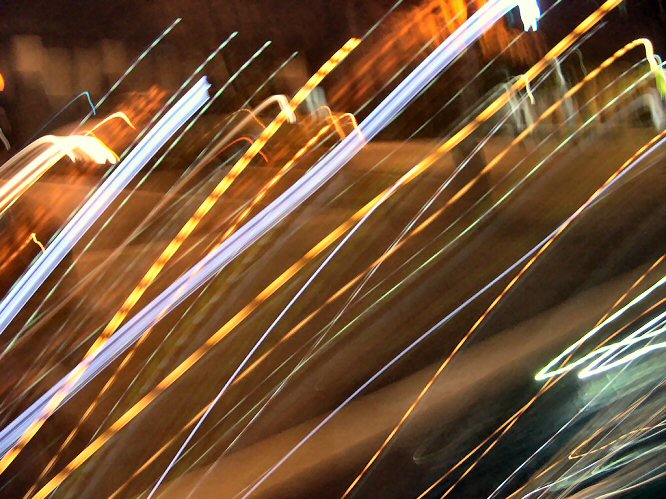