We took a little ride last weekend. Plan was to have us head out to Kentucky for a machine-gun shoot. We left in the pouring rain on Thurs morning with reports of rain all week in our heads. No good. But, we didn't hesitate. We were ready for anything even if it meant being soaking wet and cold all week. This was my first time traveling in a group in some time. I usually go by myself or with one friend. It's easier that way. We learned a lot about each other. And we had a damned good time too. Highlights include a $350 federal speeding ticket on the parkway for 76 in a 35. I had just gotten finished warning everyone that the limits are enforced up there and that we should be careful. Then I took off like a bat out of hell. Dumbass. One of my buddies was wearing a helmet cam (he's a bit odd and alot of a geek) and has footage of two of us taking off out of frame at high speed then subsequently coming across us at a pull-off with two cops and us on the wall. Oh well.

Another highlight includes meeting JW on the highway north of Charlotte NC. After we had an afternoon six-pack to ease sore necks and parched mouths at a gas station in the grass, we made our way down to a BBQ joint. As we pulled up we saw that it was mobbed with people and bikes, had a nice outdoor patio, and a bunch of people waving to us. What a way to feel welcome. We're spending the night boys. Seemingly a million large glasses of Jameson's kept appearing at our table. JW started climbing on top of tables and yelling. Clarence was stealing women from their other mens. Kyle devoured two or three racks of ribs, washed down with pulled pig. JW sure likes his sweet-tea, I'll tell you that much. He drank a full pitcher in one pull on a dare. Thing is, he dared himself. I went skinny dipping in a swimming pool in the courtyard pool of an apartment complex just because it seemed like a good thing to do. Standing back on the porch with a beer in my hand having not yet found my pants was a little much for some people at the party. Oh well.

We all woke up on the floor the next morning at someone's house who we'd never met before that night. Jah guide we through the Valley.

After having a breakfast not fit for Cheechakos (anyone know this word? The restaurant that had it on their menu didn't) we said goodbye to JW and Deb and made our way down to Savannah where we met up with with Vinnie's girl, her friend Reba, and Clarence's wife. It was cold and windy all day so we decided to park the bikes and spend the next twelve hours at the bar.

The next few days found us heading SLOWLY up the coast (we were all shot, hungover, out of sorts, and off-kilter) towards Charleston and then to the Outer Banks. In Charleston we were having dinner at a bar/pub I used to go to regularly about ten years ago when some people next to us said, and I quote:

1) You ride those bikes all the way down here?

I had been telling the fellas about the 4-10 principle since we left. That is, when on the road, four times out of ten you'll end up with a place to stay or a meal and some people to take you out for a good time if you just let it happen. It's really a six or seven ten principle, but I changed the odds for the sake of making a point and hoping to not be made a liar.

And that's one of the reasons I like to travel.

The guy the gave us the rooms got us all setup and took us to his shop in the morning where he builds race bikes. He used to race in the two-stroke 250 super class and showed us a PILE of trophies and cool bikes.

Gotta wrap this one up. I'm tired as hell, supposed to be working, and ready for nap.

We rode 2000 miles over the long weekend.

My friend Vinnie dubbed this trip "The Spring Opener". It's purpose to make sure we set the tone for a PROPER summer of riding and hanging out. Fuck a bunch of whining on the keyboard when there's things to do! 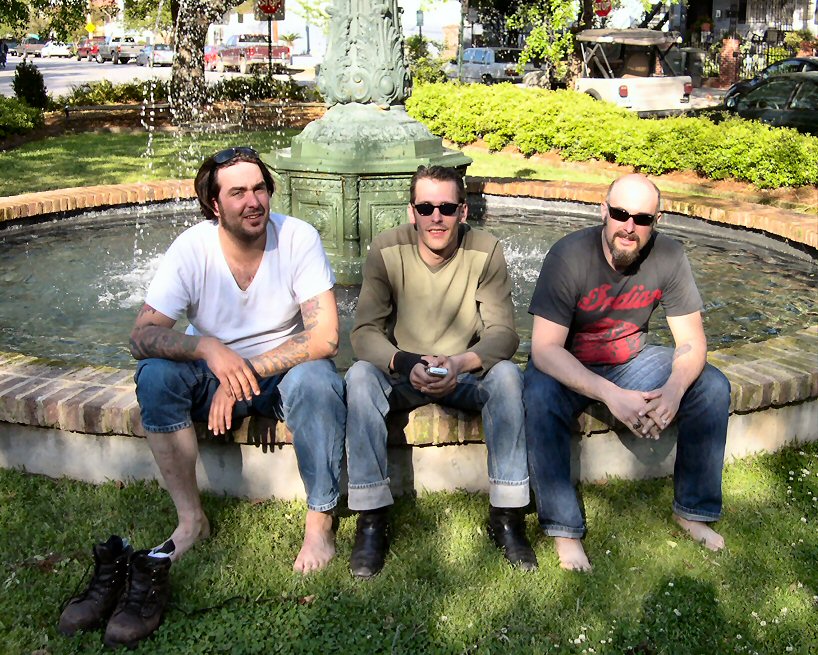 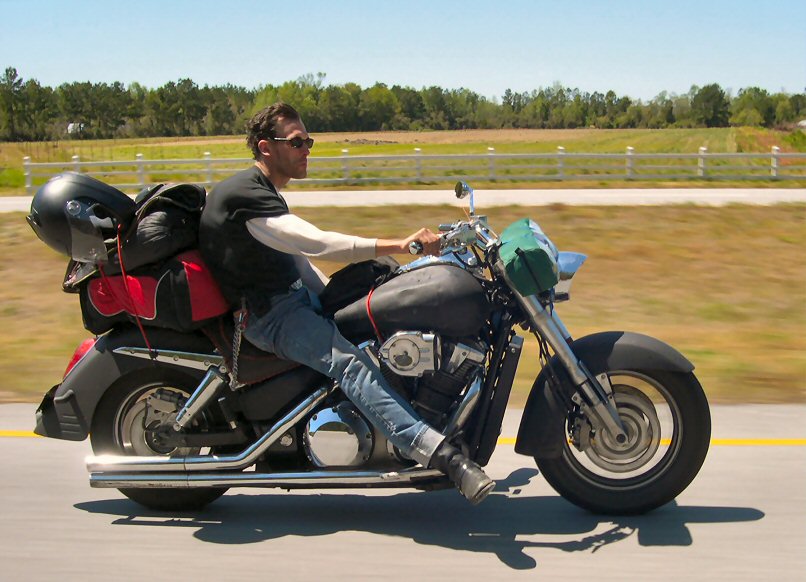 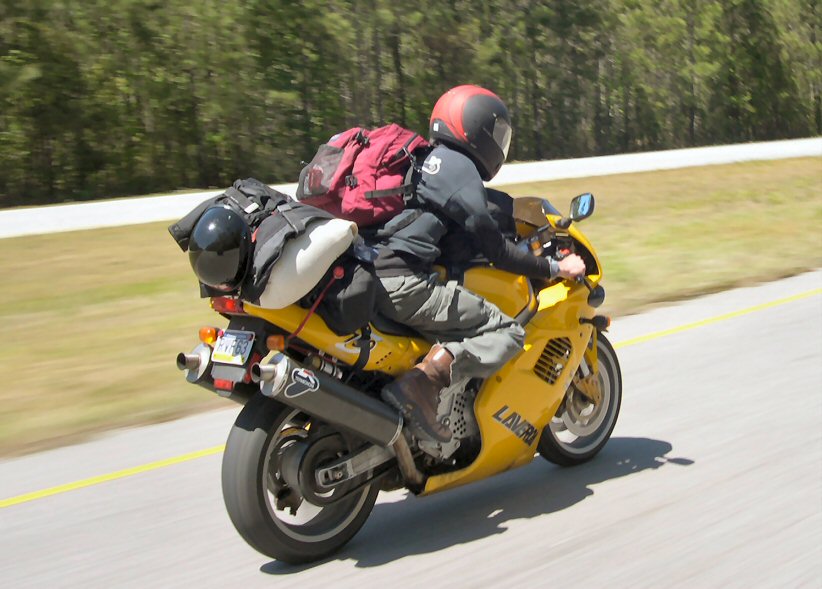 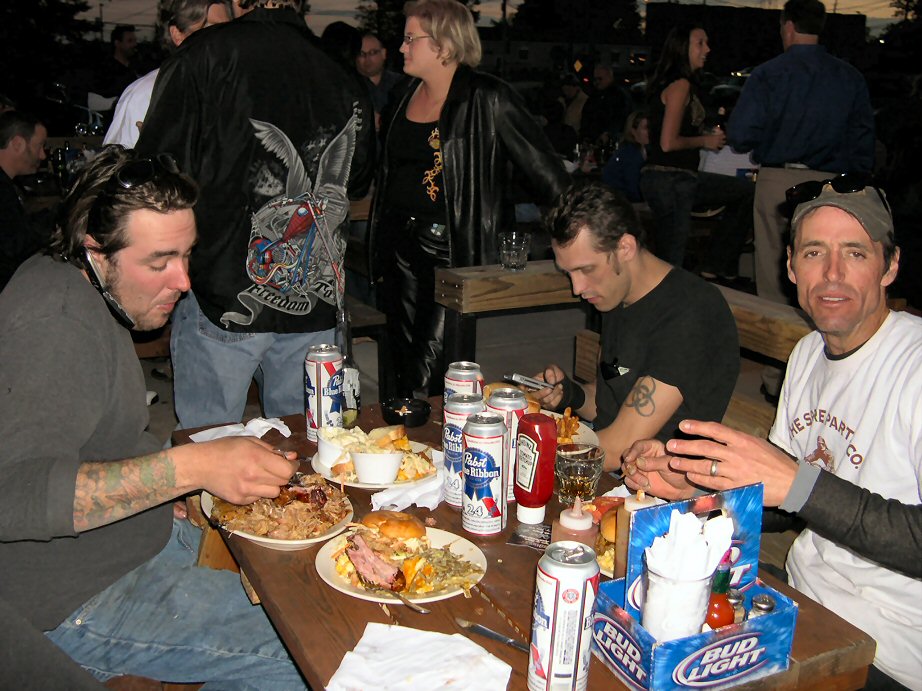 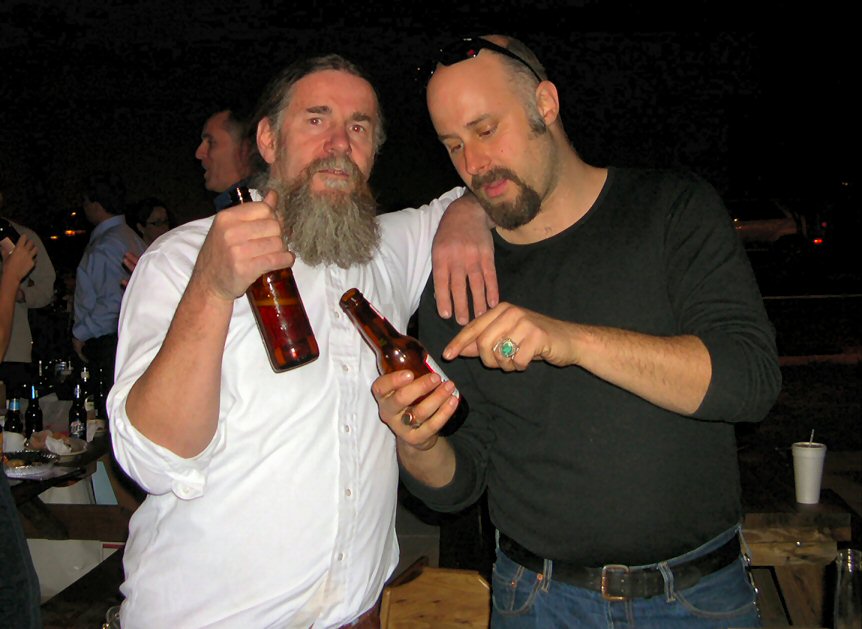 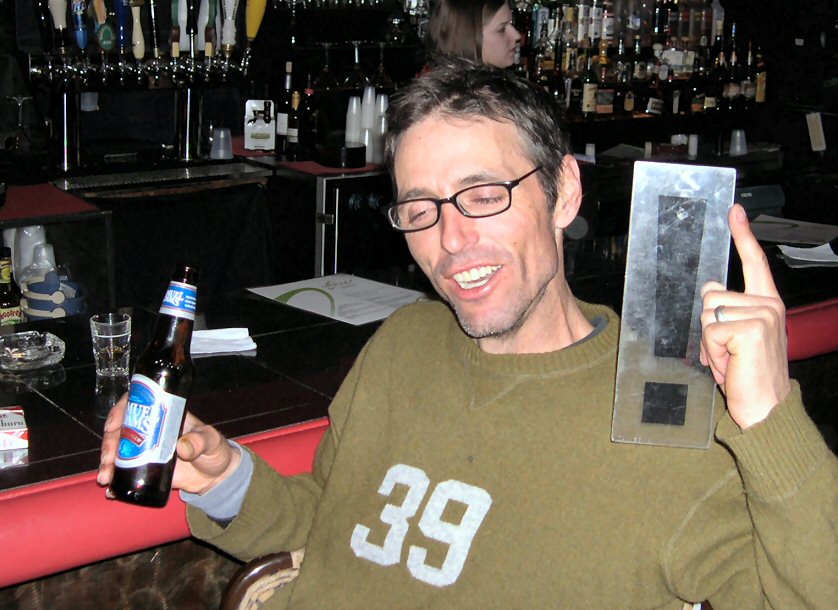 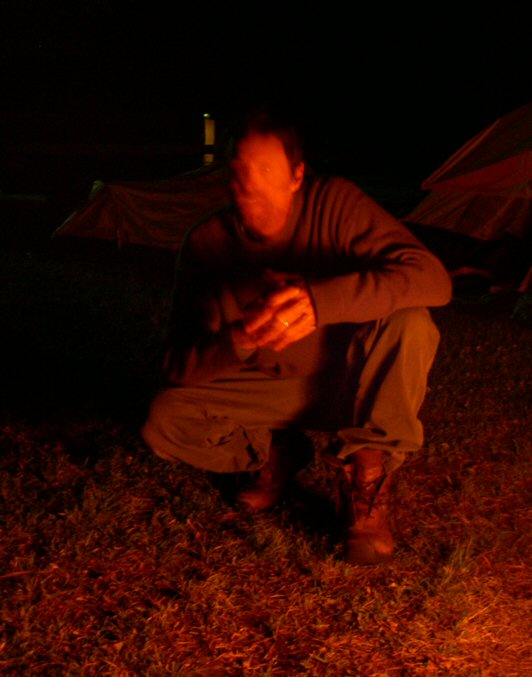 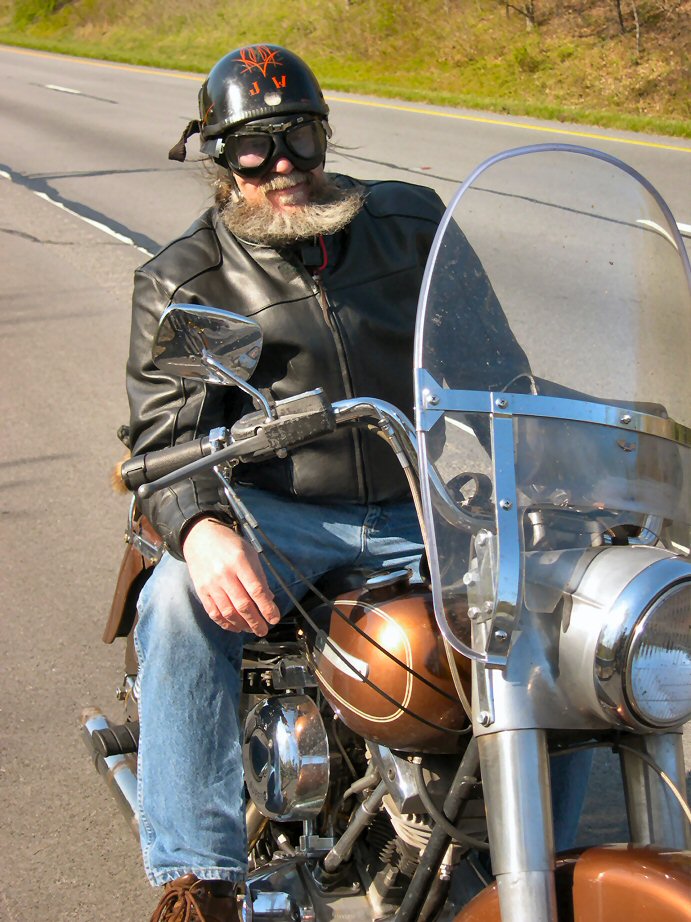 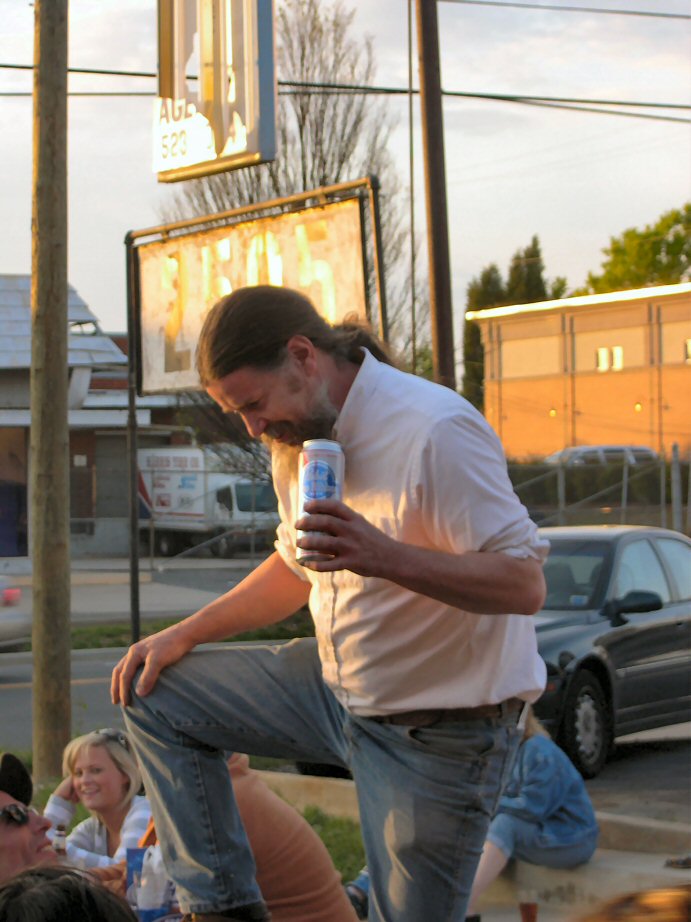 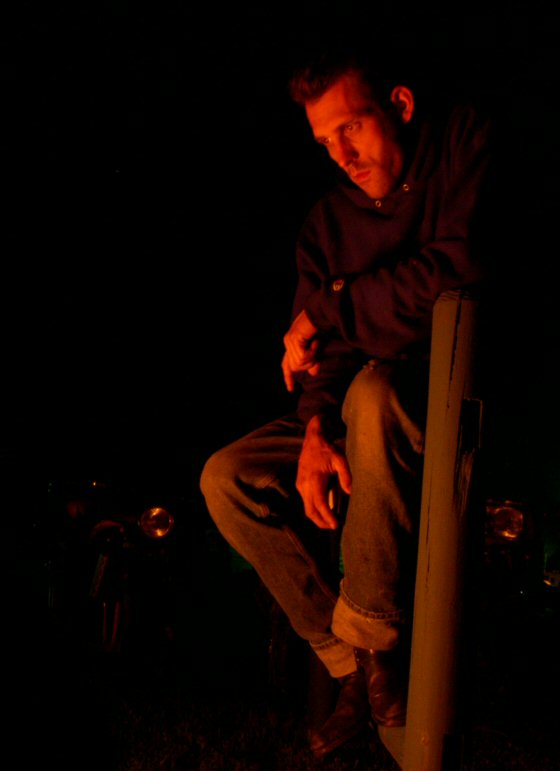 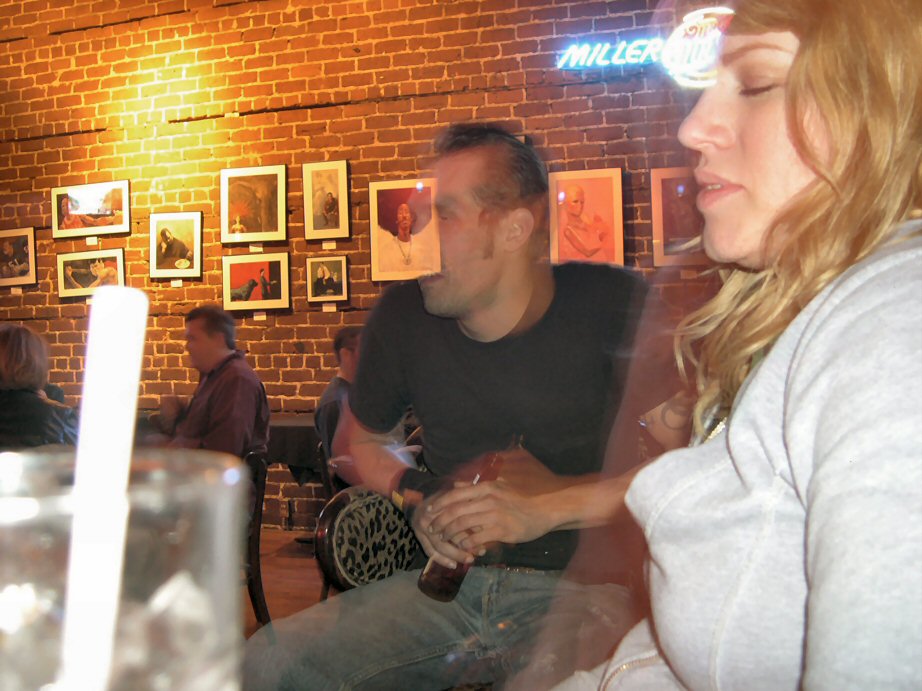 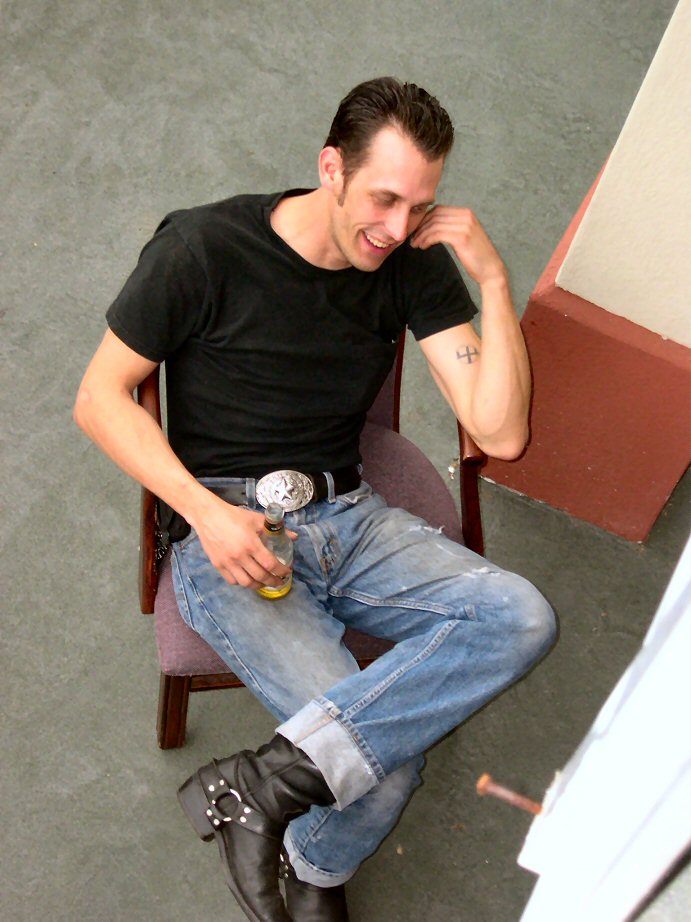 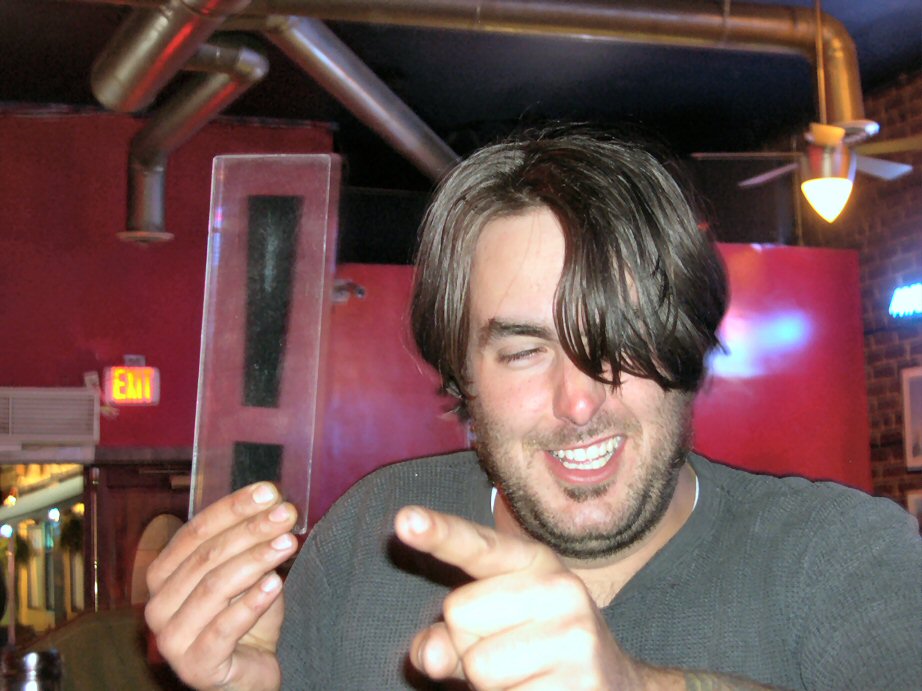 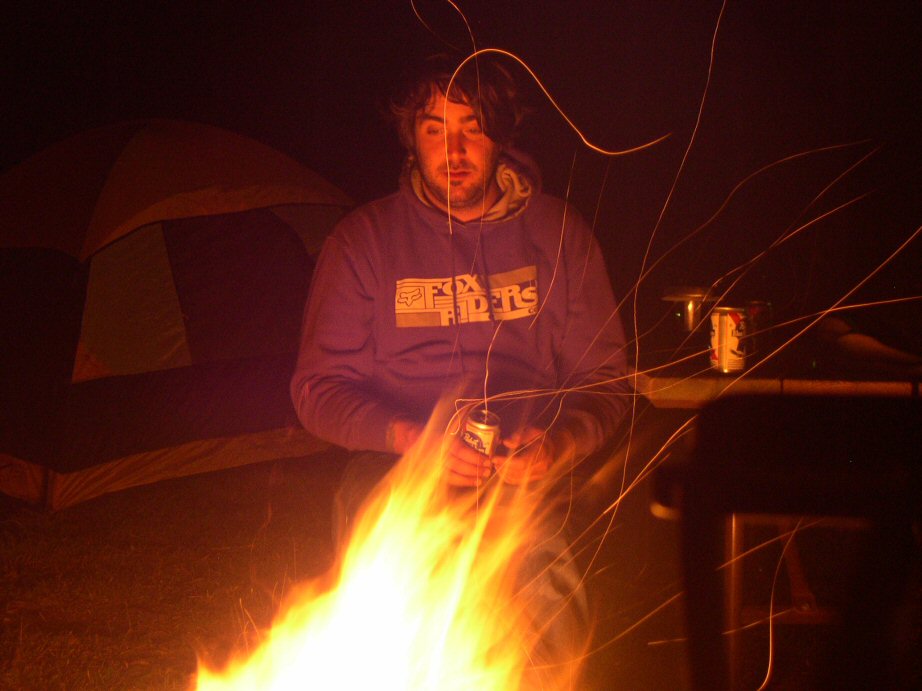