I have been literally buried under the list of shit I've got to do for the last two months since I started working full-time in Manhattan again. Dutifully, I bear down every day and try to slog through it all. Sadly, the list gets longer every day rather than shorter. This Sunday, I decided to take half a day off to do something that I actually WANTED to do. I took a bunch of good music and a quart of coffee down to the shop and got busy.

My guitars have been on the floor of my apartment since I moved here. I leave them in the case by the wall and hope to God they never get stepped on. Tucked away like that probably keeps me from playing more too. I decided, long ago, that maybe I should make a few stands to store them on so they'll be within close reach all the time.

A week or so ago I found a bunch of rebar in a blown-out lot that was left after yet another road digging project. You see, not only do the residents of my neighborhood not give a fuck about where they live, but the people who come here don't either. Maybe they figure that no one cares. This is not a rant, just an observation that the situation (of not taking pride in one's neighborhood) has become contagious and perpetual. At least this is true where I live. So, I was walking my buddy's dog since I was babysitting him for a week when I came across the tossed remains of this latest project. Somehow it struck me that I might be able to use it. After all, it is metal, and I never throw away or overlook scrap metal.

I spent a while wire-brushing all the rust and filth off it so it'd be easier to work with. I then drew a pattern and a few ideas out on my bench top. While initially (as usual) I decided to draw up a plan first, I later decided to build it ad-hoc and see how it came out. I suppose, given my latest employment and my style in general, that I was tired of planning and wanted to do something a little more spontaneous.

Two hours and six beers later, it was finished. Fire, metal, music, ideas . . . the perfect recipe for a relaxing afternoon. Here's how it came out: 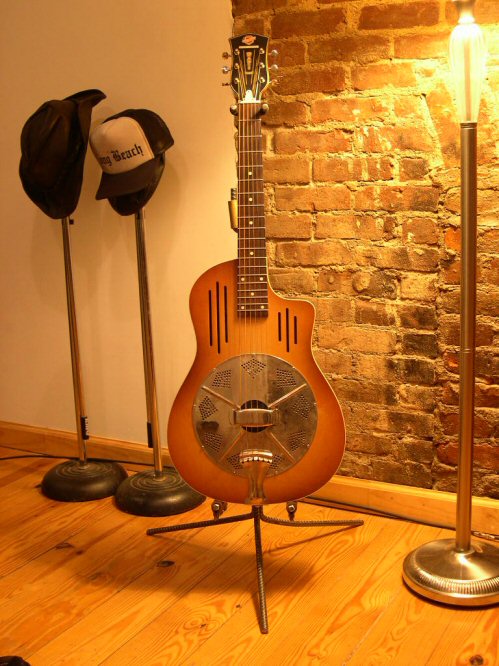 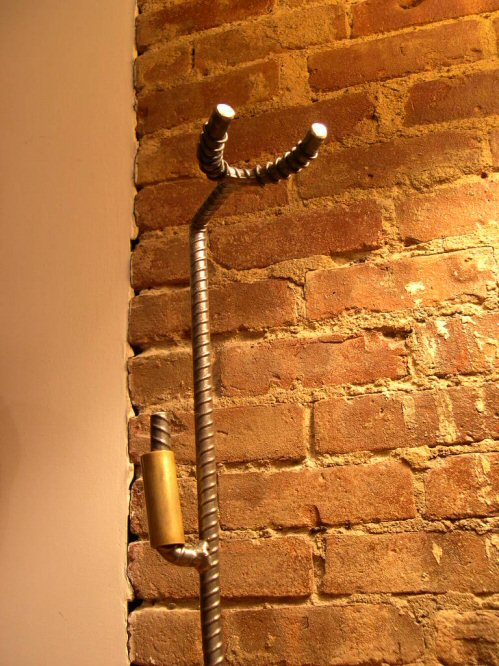 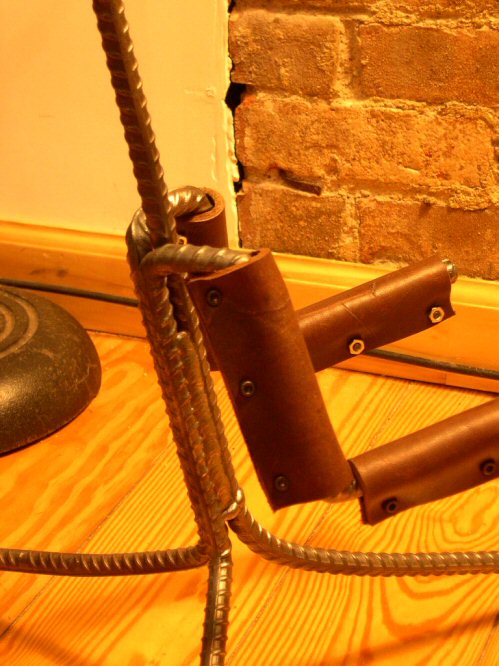 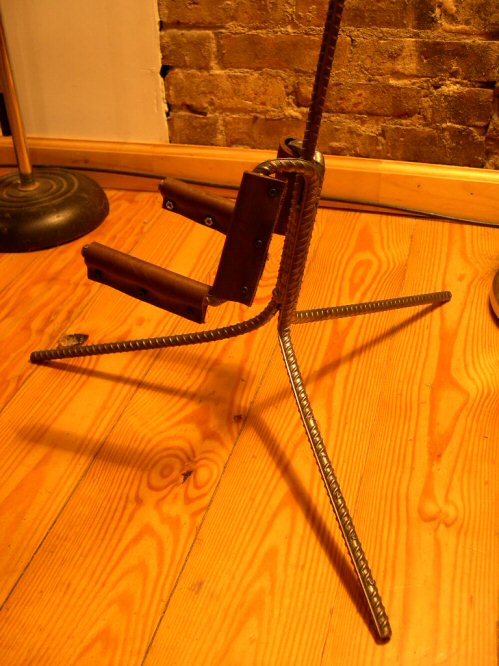 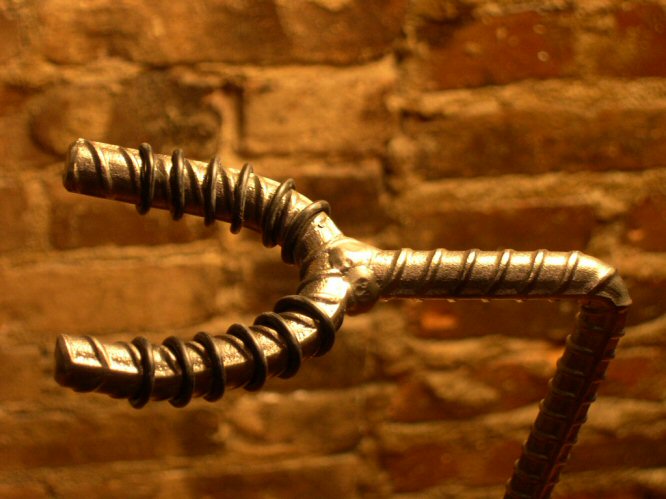 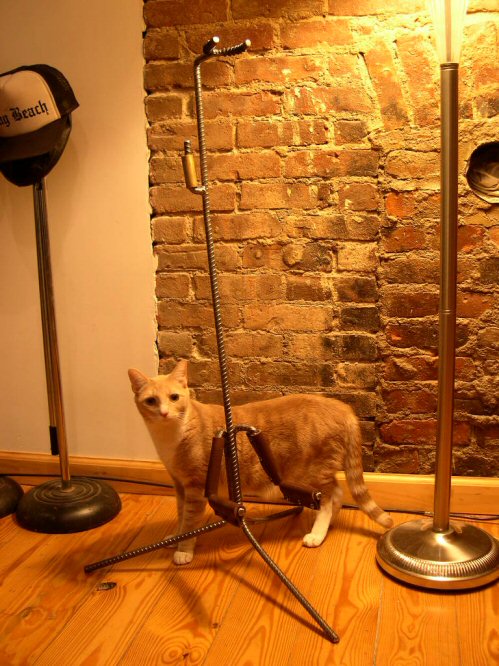