Sometimes I'm lucky. If you believe in luck

So I guess this note could be considered in reference to "the best deal you've ever gotten" post from below.

I didn't have a running bike ready for my annual New Year's day ride & party this year. Somehow, due to lack of money, waiting for some warranty replacement parts, and just that it's been damned cold outside, I just couldn't get a bike together.

To ease my stress, my buddy Paul told me I could borrow his old BSA. He picked it up a year or two ago and never ended up doing anything with it. He told me he got a good deal on it. I had no idea. In fact, I'd never even seen it.

New Year's eve 7:30am finds me in my shop-mate Bill's pickup headed out to Long Island (actually Queens I guess - it's right on the border) to pick it up. It was a beautiful sunny morning and it was good to be up and out of the house. There wasn't even any traffic on the LIE. I went early because Paul had to be to work and I didn't want to jam him up.

When he opened the garage, my eyes almost fell out of my head. I'd seen a few BSA's before (later ones) and never much cared for them. Triumphs always had better lines to me. This thing was almost mint. It is entirely UNMOLESTED UNFUCKEDWITH UNCHANGED UNBELIEVABLE since it was new. It only has 7700 miles on it.

I loaded it into the truck and was about to be on my way. Paul says to me "Jay, hang on to this bike. Maybe we could sell it someday and I'll pay you for the work you put into it, or you could buy it from me for what I paid for it" Holy Shit! He only paid $1700 for it.

I took it to the shop, replaced the battery, did NOTHING else, and it fired up right away. I ran it around the neighborhood for a couple hours to shake it down and go through the old gas. It runs MINT. I got back to the shop and gave it a once over with a greasy rag and cleaned the light surface rust of all the chrome surfaces with chrome cleaner. When Paul saw it later that night at the BBQ he was blown away.

Since then I've been bombing all around the city on it having a blast. What a cool-ass bike.

I had thought it was an A50 because of the frame stamping. But, I found some inconsistencies in the features it had as compared to an early manual (The Second Book of BSA Twins - A.G. Lupton). I then discovered that the motor number starts with A65. I then guessed incorrectly that the bike was a mutt. Today I checked out the BSA Owners club webpage and found that, based on my frame and motor numbers that it's a 1966 A65 Lightning - not a '65 as the title states. Cool.

Well, enough blathering. Here it is: 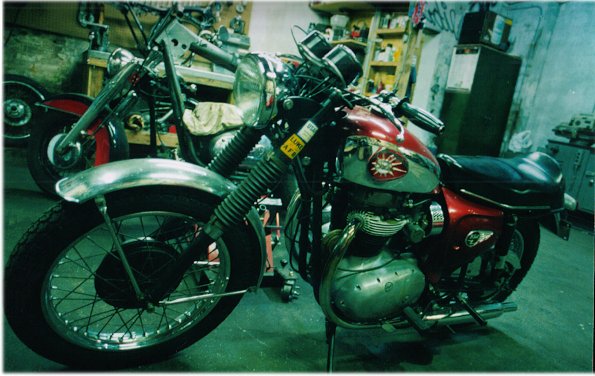 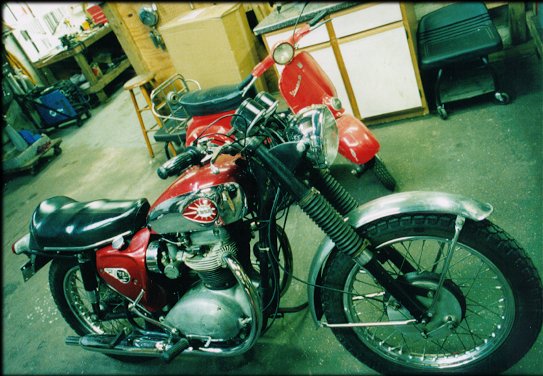 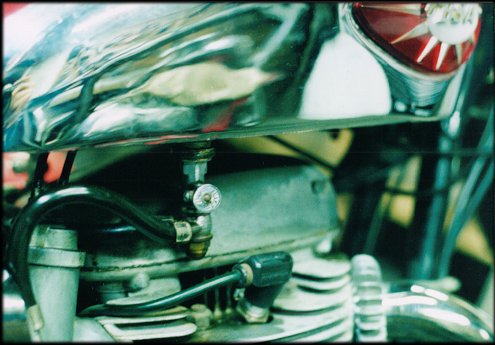 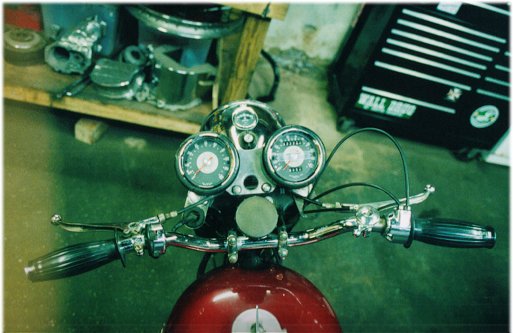 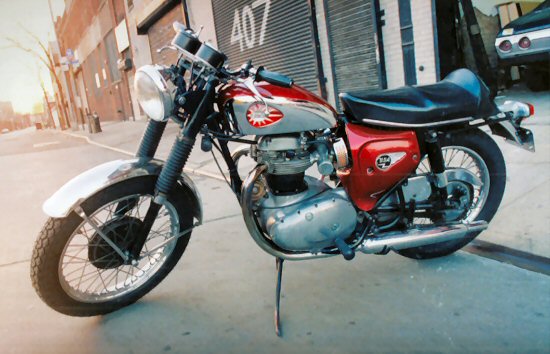 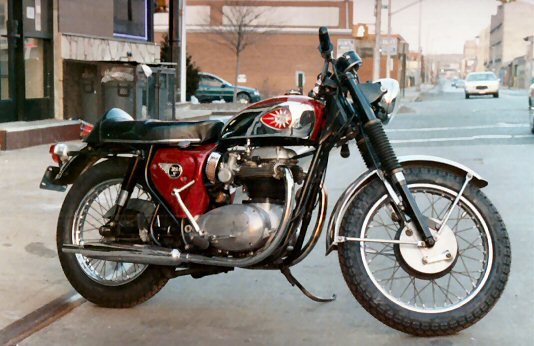 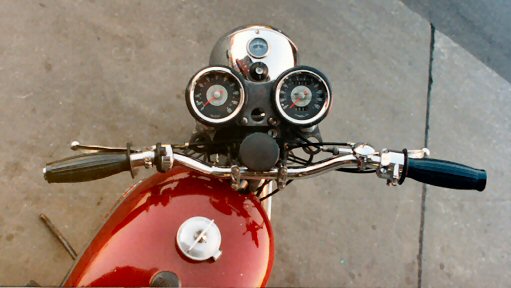