Last summer we were all sitting around the fire drinking beer in my neighbor's yard when a friend from down the street asks me "Hey, did you ever call that guy about the Triumph?". I had no idea what he was talking about. "I texted you a couple weeks ago. A friend of mine has a '62 Triumph and I told him about you. He wants to you to have it for cheap". This seemed a setup at the time, but I went along with it. He gave me the phone number and I said I'd call.

So I called. "Jason, this is Chet. I was wondering when you'd call me." Wow, like a long lost uncle or something. He made a number of disclaimers about how it's not in that great condition, is all apart and has rust all over everything. I told him I'd like to come look anyway. Megan and I drove the Apache down to Maryland one Sunday morning to check it out. We met Chet and his wife and they showed us all around the their beautiful gardens. Chet took me down to his basement where he had a thirties HD 74" flathead under a tarp. He said his health prevented him from riding it these days, but that he intended to ride it again some day. "Wanna go up and look at the Triumph?". Hell yes, I'd like that.

After pulling a bunch of crap out the garage that had accumulated around the Triumph pile over the years I was finally able to see it. Pretty cool. I've never really cared for the chopper style, but this one was the real deal, not some sad parody created by an over-eager trend humper in the last few years. The frame work was very nice, the pin striping was tasteful and minimal. It was all there. Chet even kept all the original parts he removed when he made this bike including the rear frame section and the original fuel tank in near perfect condition. He then tells me a story about how in '66, just after graduating high-school, he buys a new Triumph from the local dealer. Apparently this one had been sitting around unsold or was a showroom demo or something. He rode it around like it was for a year or two and then decided to make a chopper out of it with his buddies who had just moved to Baltimore from California.

The three of them built this entire bike and apparently had a pretty good time doing it. For the next twenty some years he rode the bike everywhere and got into all kinds of fun on it. At first he said "Can't really say the kind of stuff we were doing back then, but, you know". "Yes, I do know. Probably more than you might imagine." Then we got to talking about LSD and roadtrips and people and bikes and. . . .

"I really want this bike to go to someone who will fix it and ride it again. I know what it is and what I could get for it if I sold the parts. You seem like that person. How's $500 sound? I even have the original title with the tax stamp from the county in '66"

And it's been in the parts loft since. . . on-deck to be an upcoming project. I can't wait. 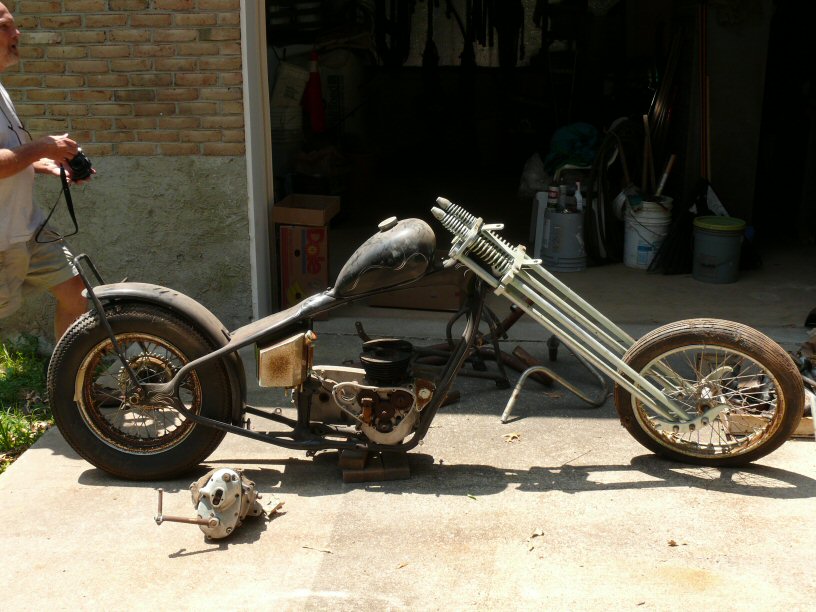 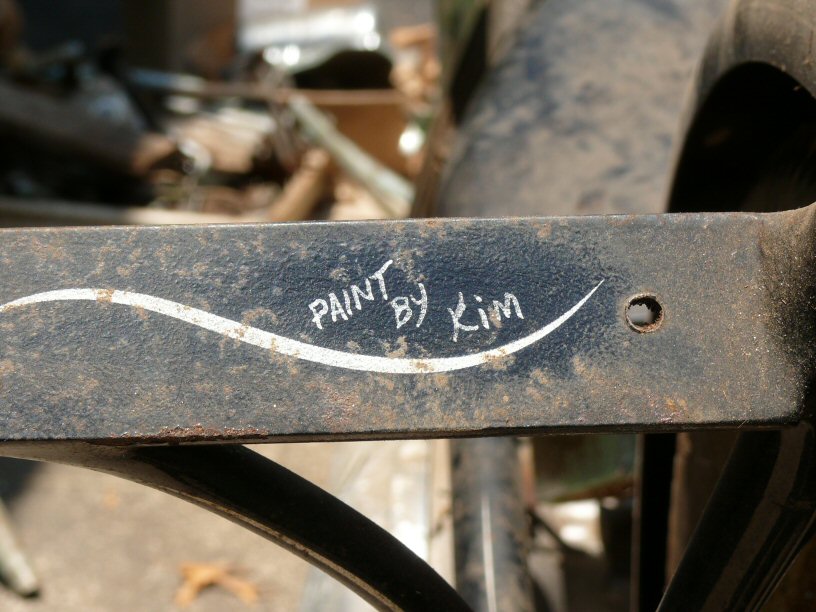 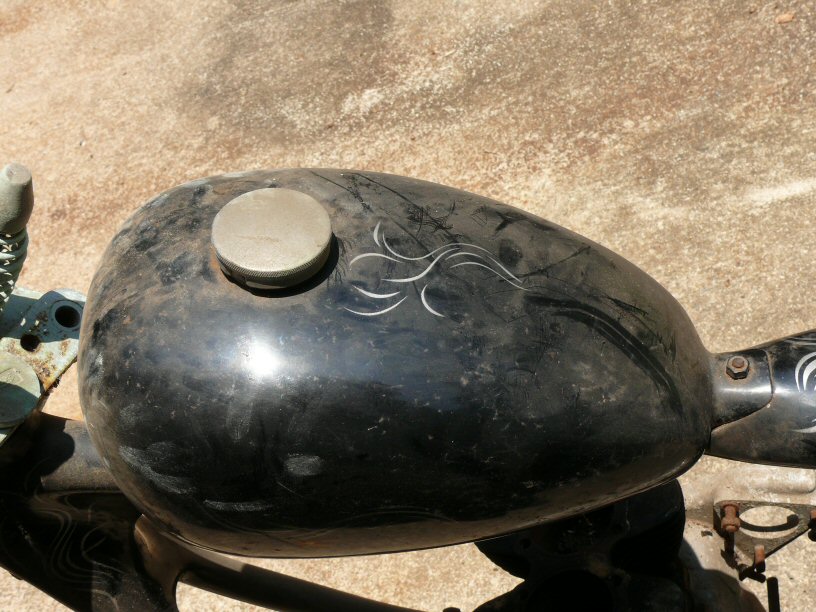 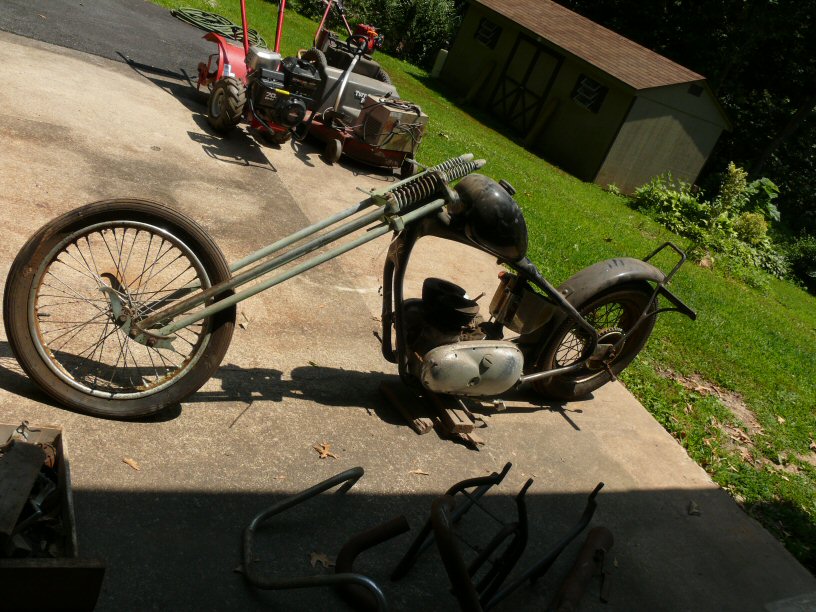 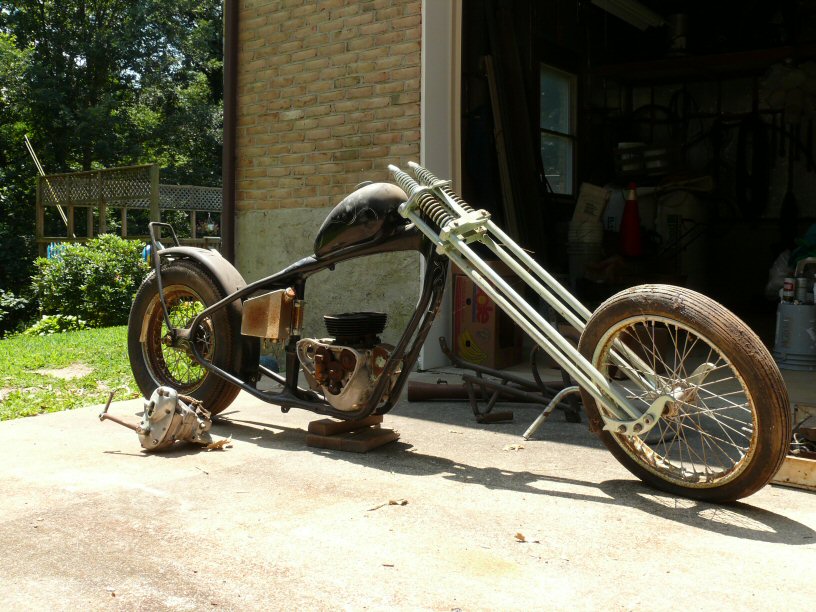 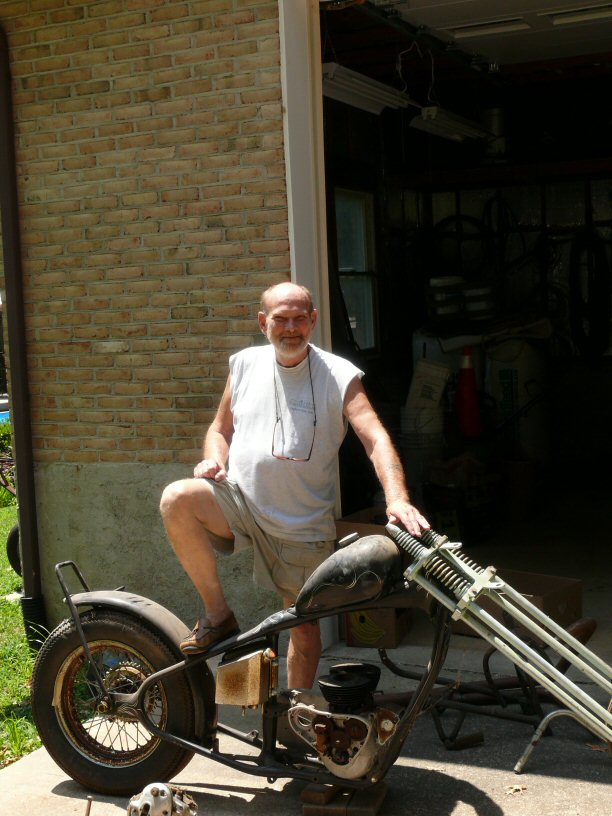 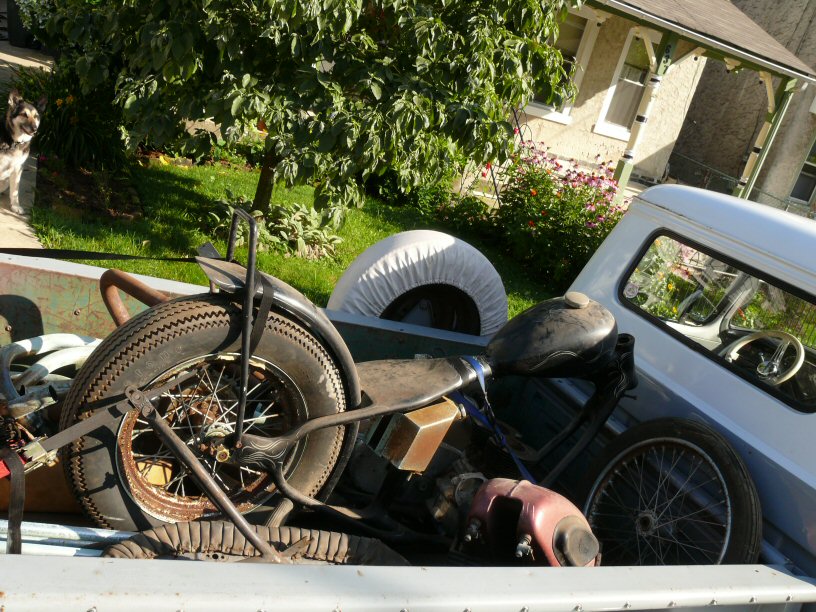 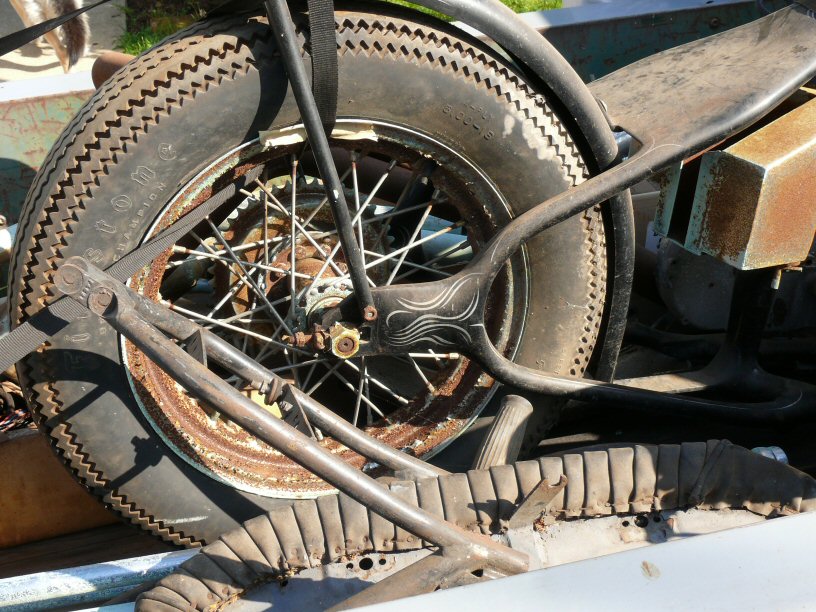 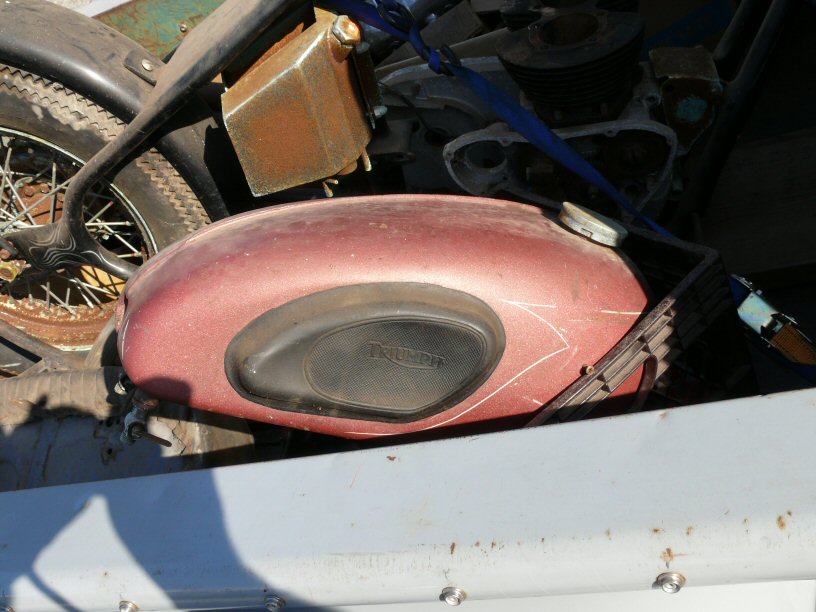 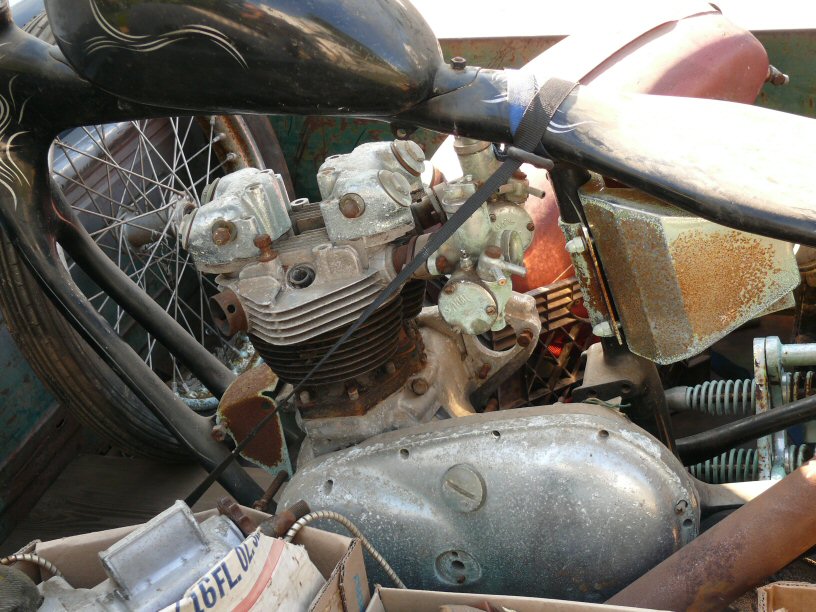 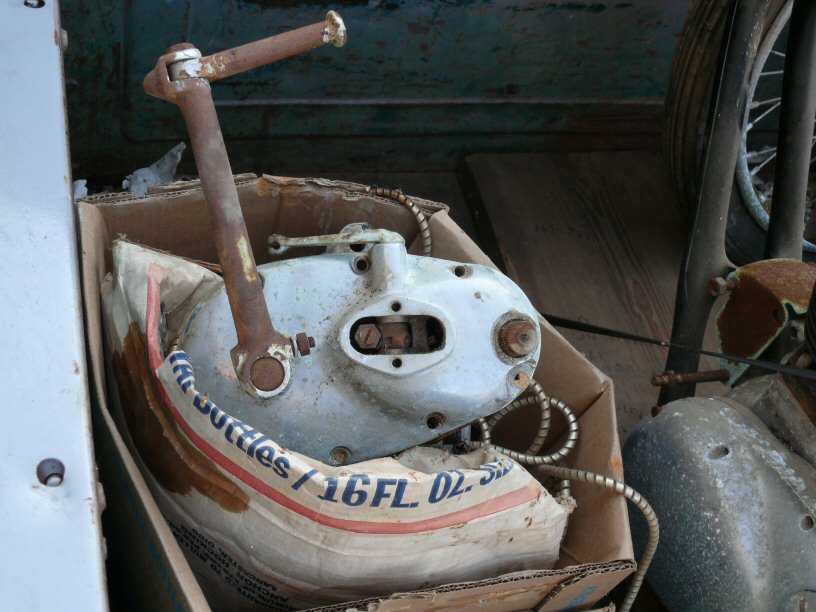 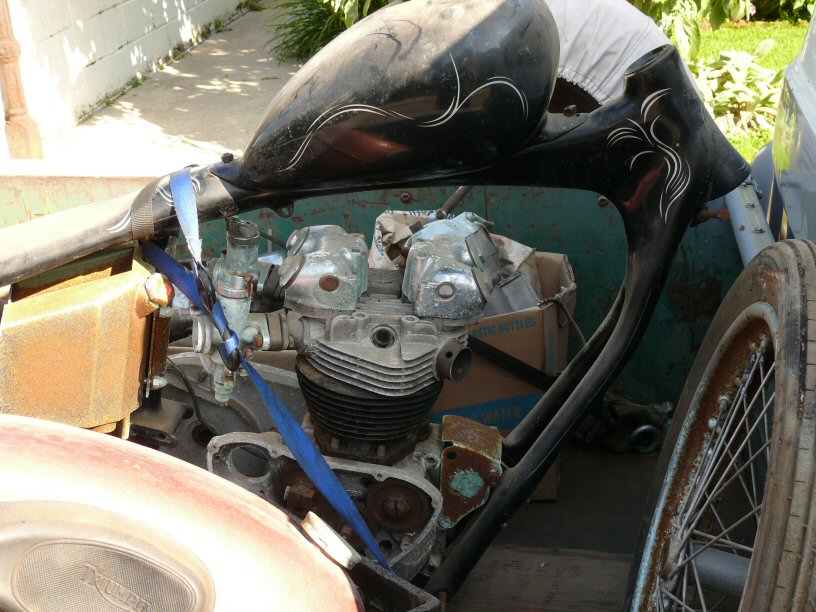 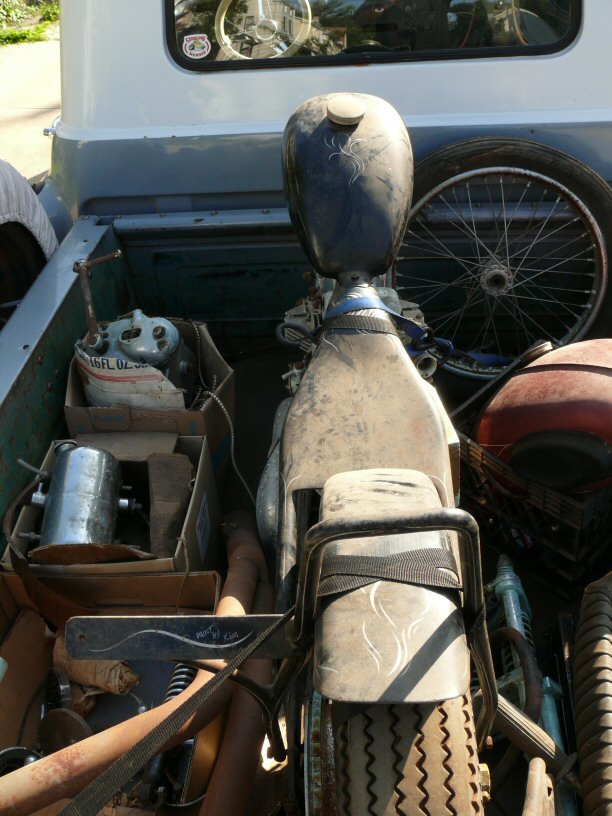 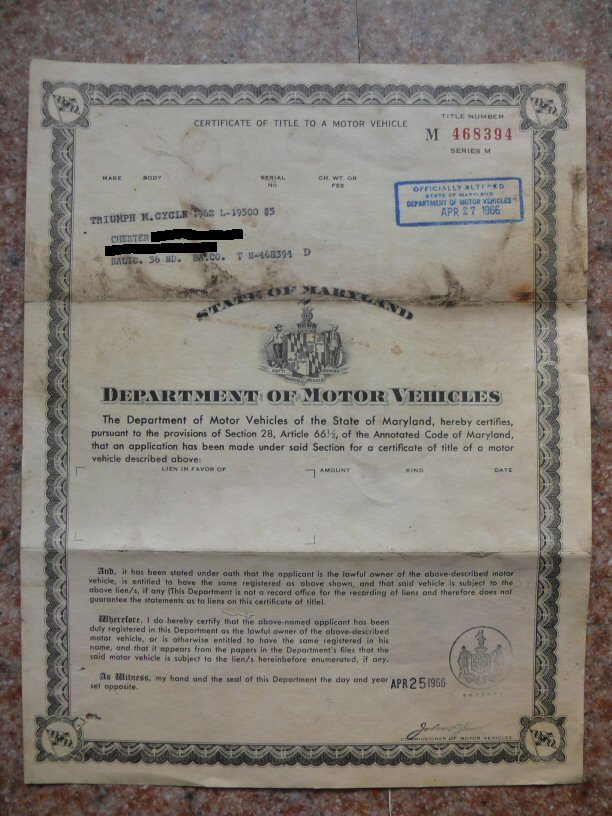