A few pics from our Spring Opener trip down south.

Dan checks everything out on a slow day in WV after camping the night before. 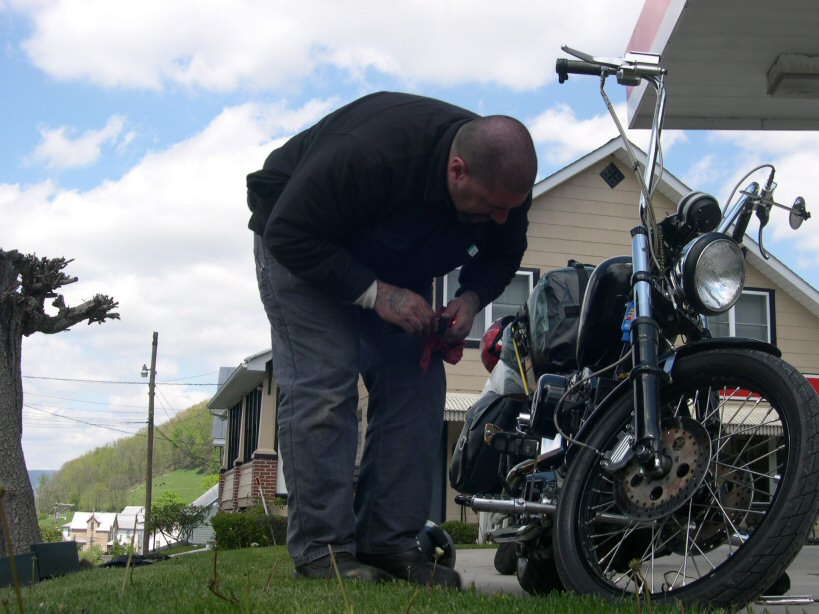 We probably carried a half-cord of wood to our campsite. Who needs a damned tractor anyway? 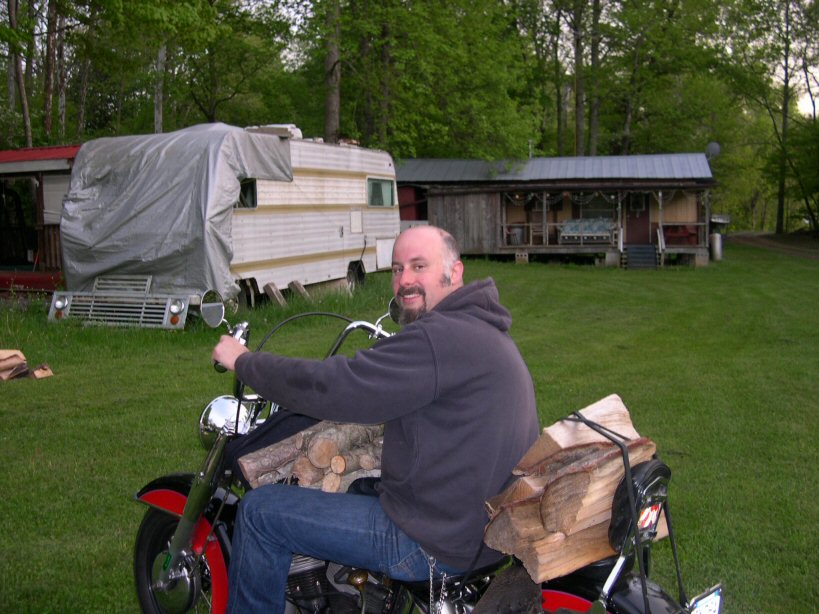 Vinny hoggin' in Morgantown (or was it Kingsport, TN?) 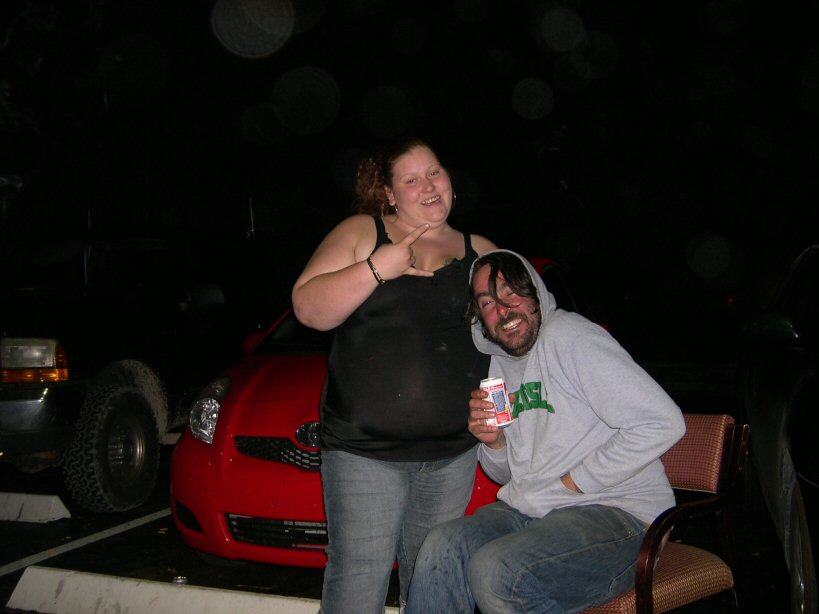 This dude reminded of us of one the Boozy Creek Boys, Lil' Bit. 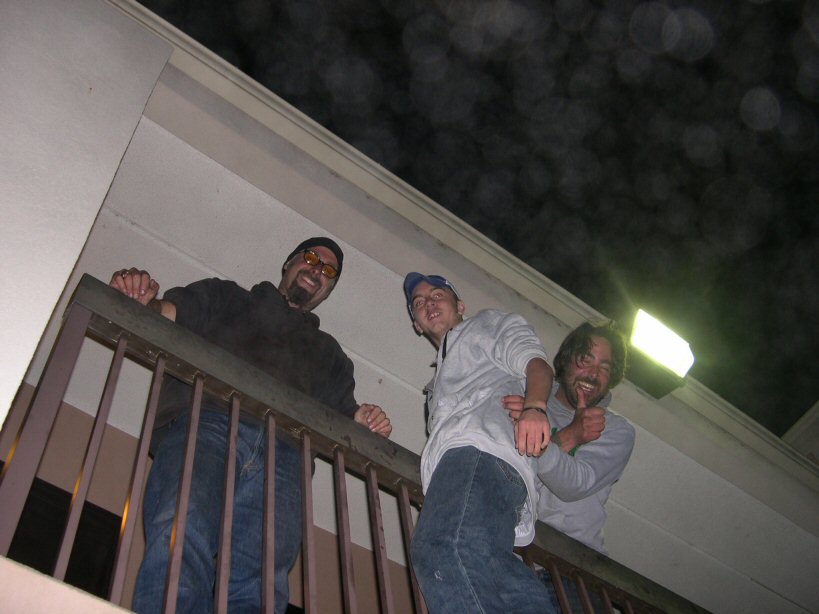 Vinny thinking about losing the FZ1 and getting himself a pan! 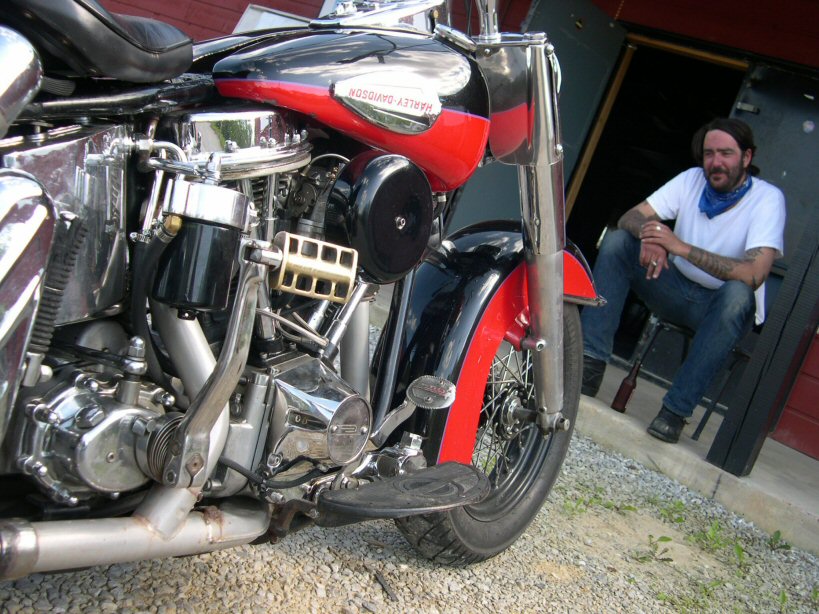 Dan taking a breather alongside a nice scenic route in TN 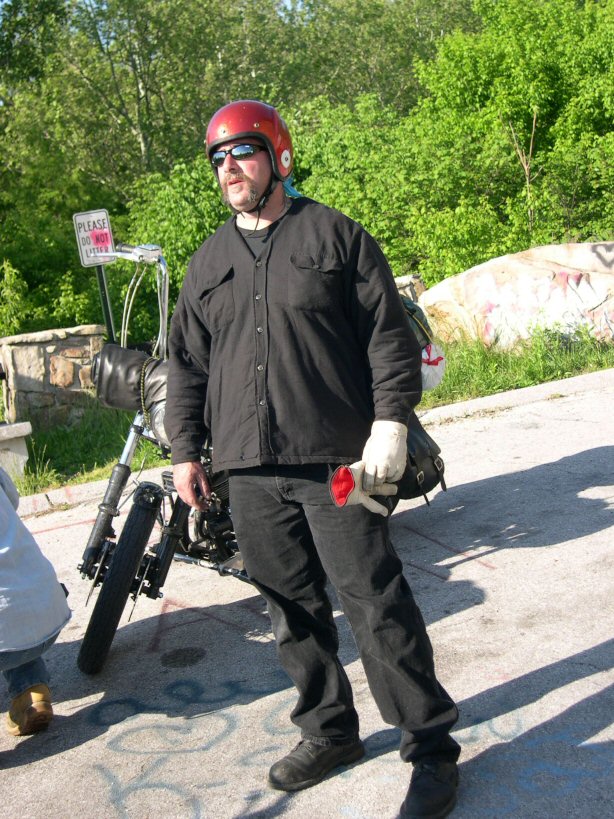 Got lucky propping a camera up and hitting the timer 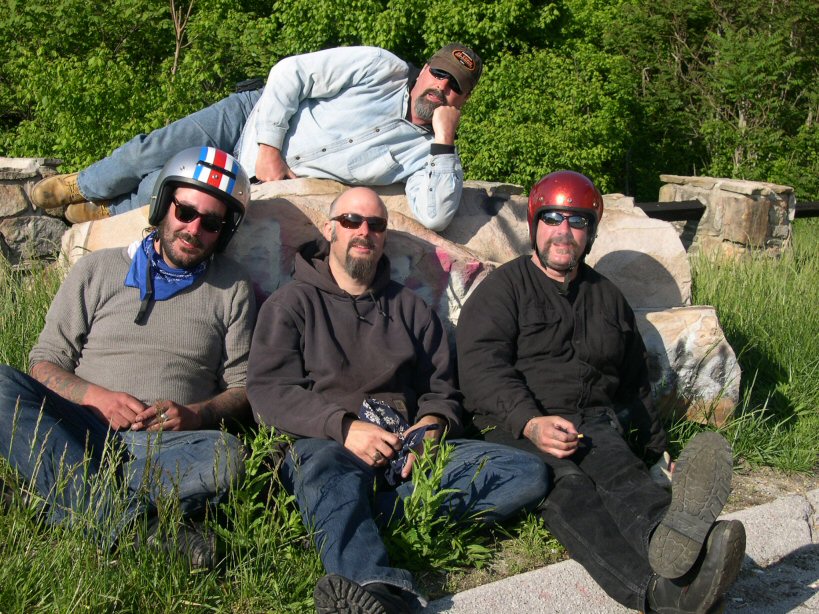 Waiting in Brush Creek, TN after breaking a valve spring. Middle of nowhere. Nowhere to be. 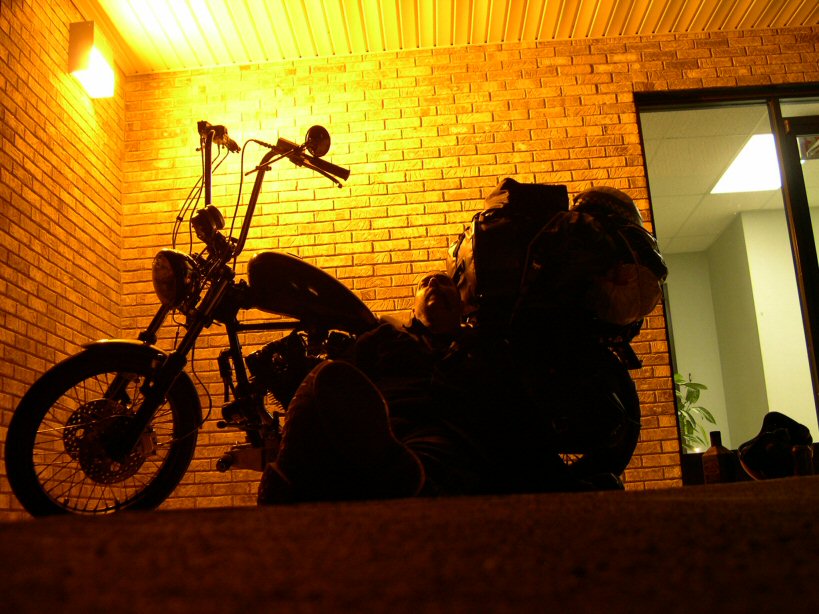 Vinny trying another shovel on for size 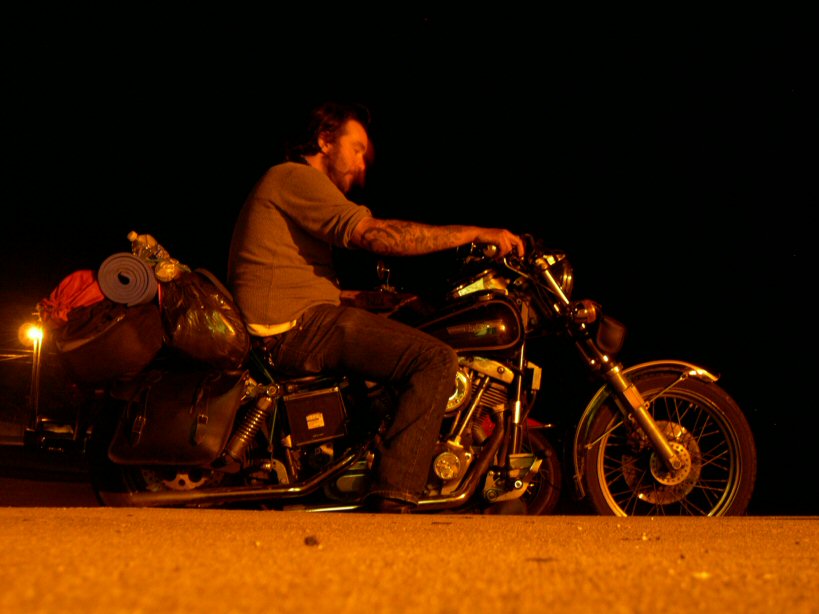 We made it to Nashville! Dan's bike after a parking lot top-end job. 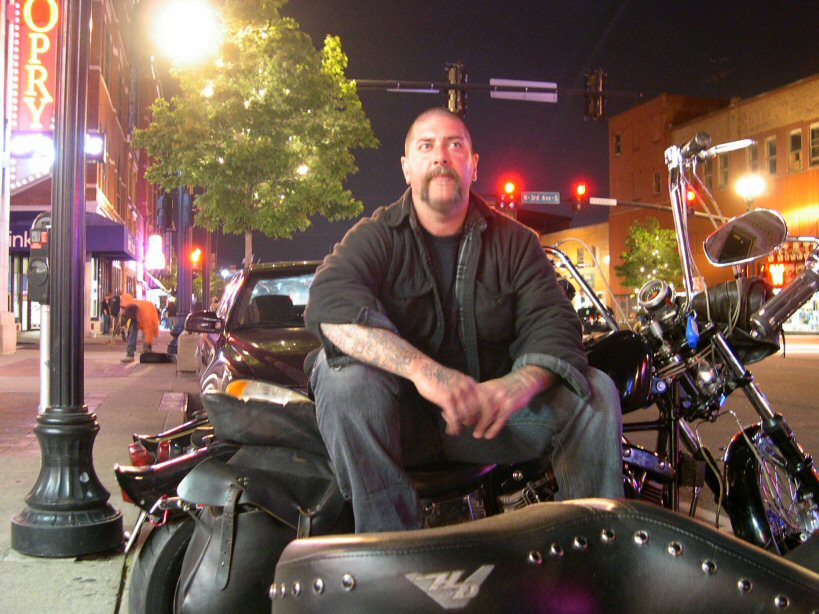 Crashed out at JW's 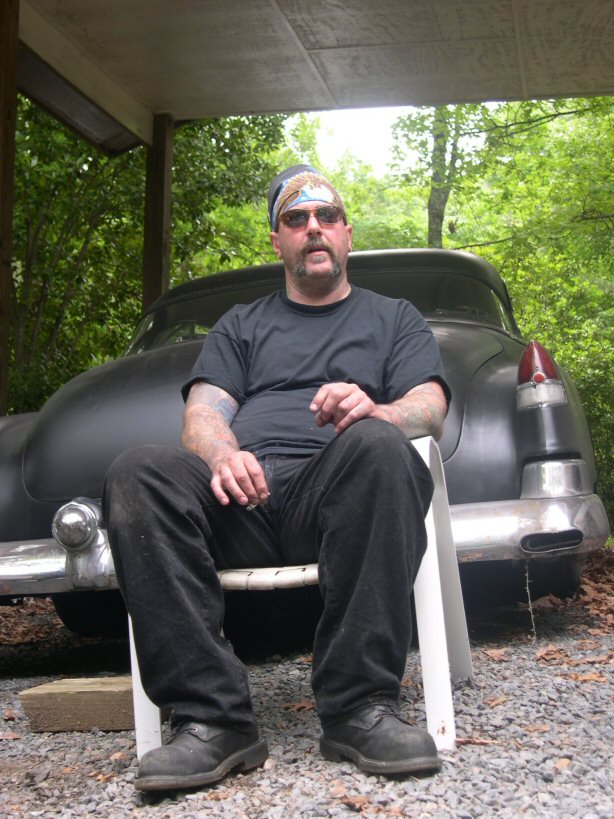 Dean and Theresa join him 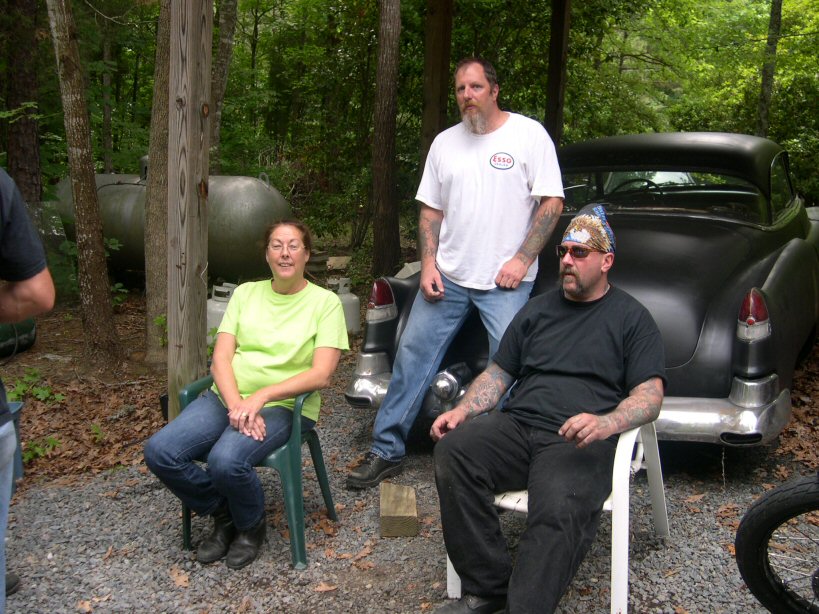 Our magnificent host JW the morning after fucking himself up 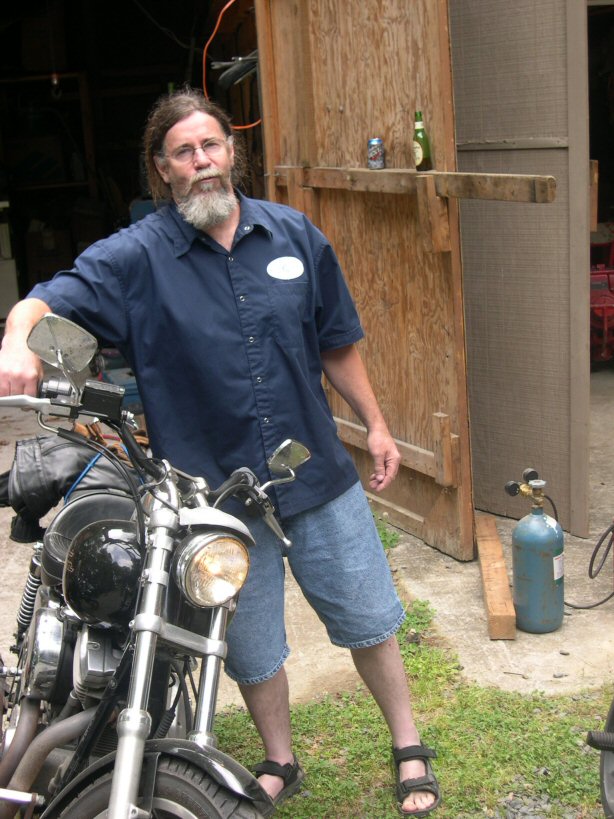 Uptown Rockingham. . . was so hot we had to hide out inside to avoid the heat until the sun went down. Matt from back home. We met him in Rockingham. Nice folks. 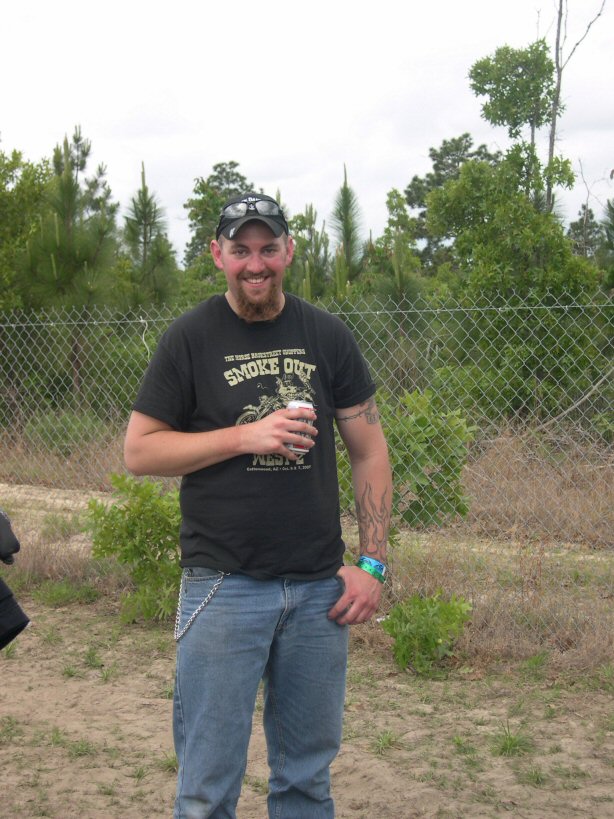 He sure likes to pose . . . or might be giving directions to the other side of the sandpit they called a campsite 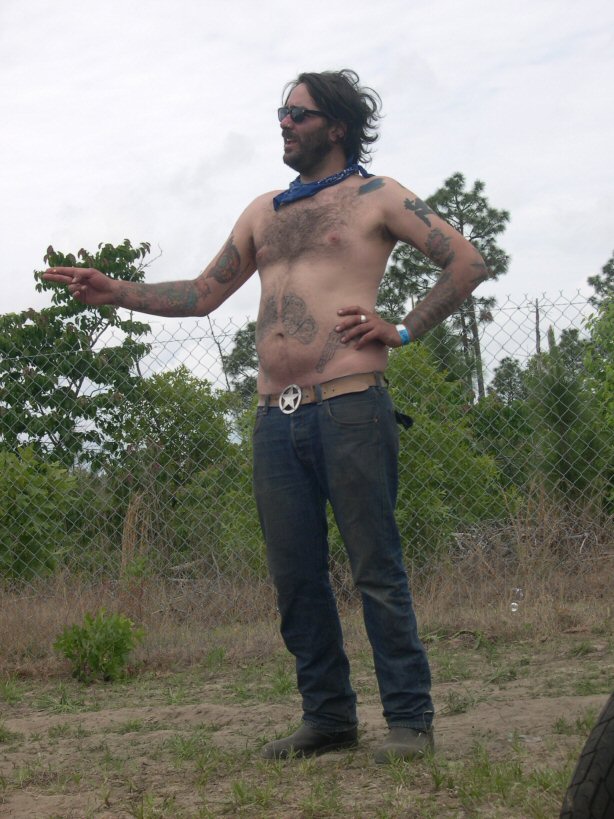 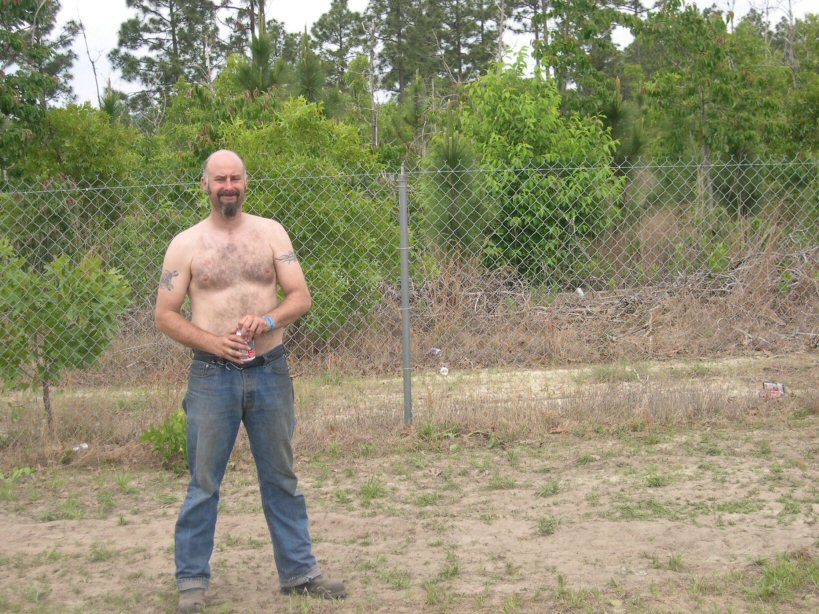 Nothing fazes Paulie. Ever. 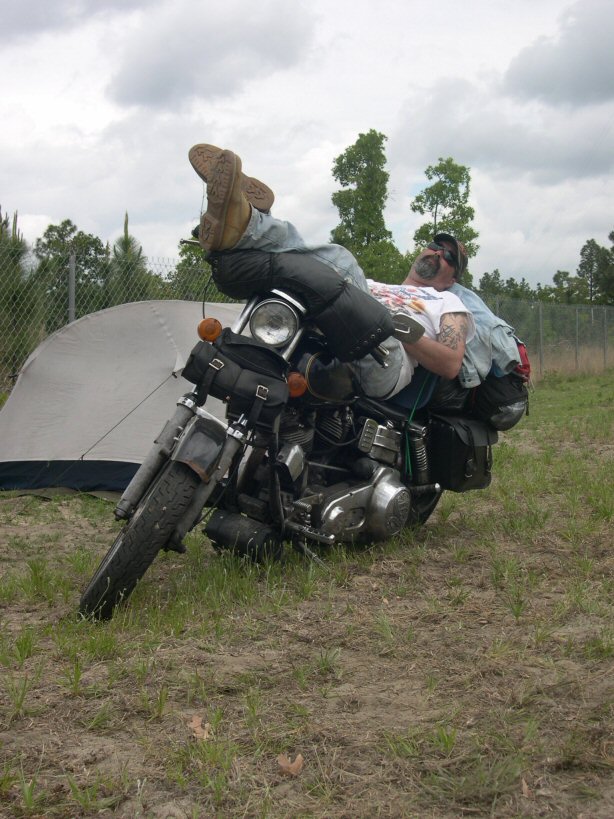 Our crew with Fritz from Indiana (beard) and my brother Glenn (right-most). We plan to head out his way some day 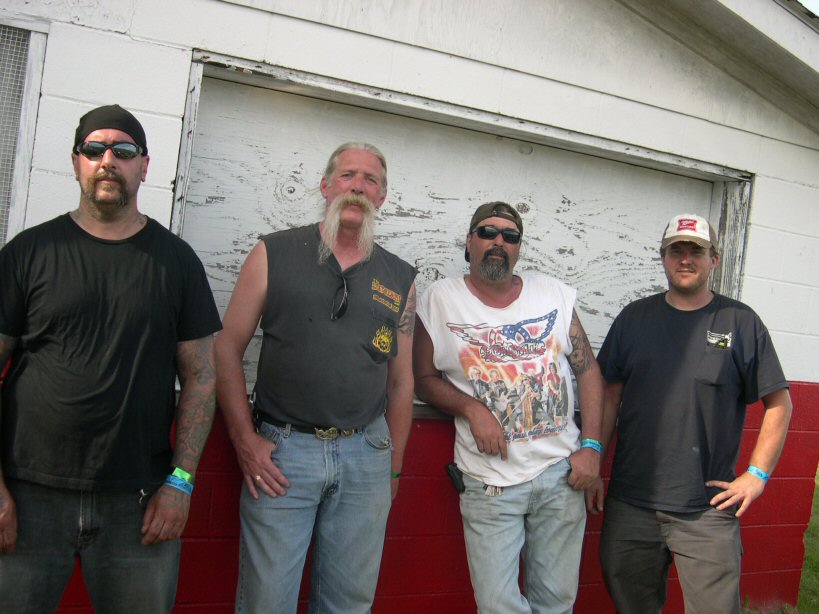